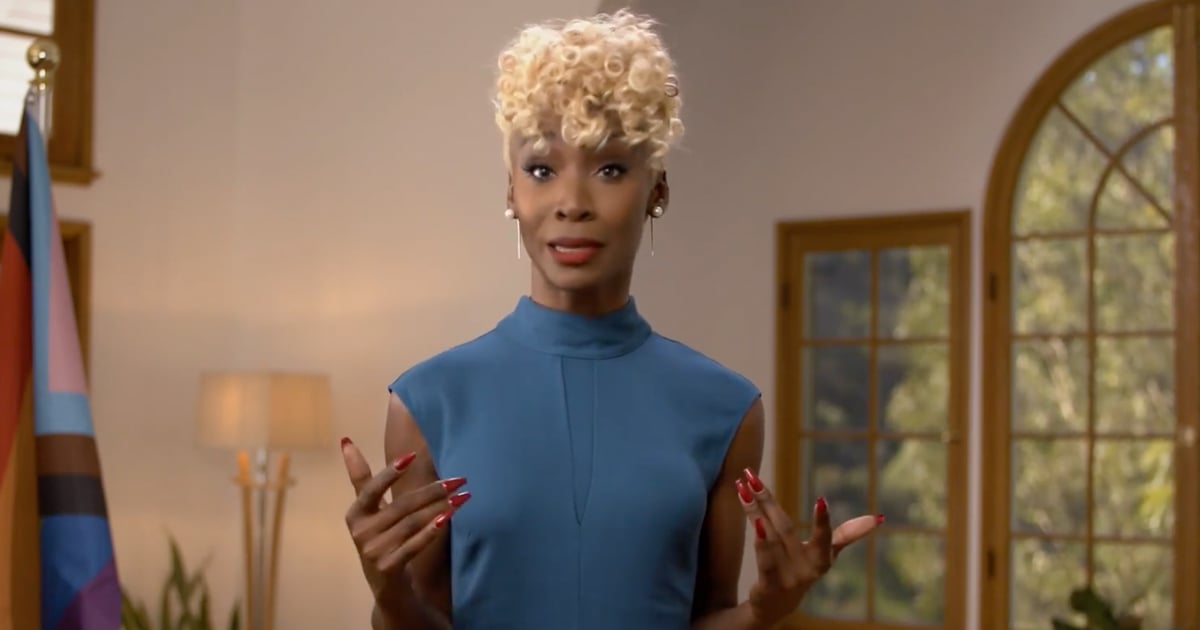 
Angelica Ross is making sure the voices of the queer community are heard. On March 1, the “Pose” and “American Horror Story” star delivered the 2022 LGBTQ+ State of the Union address. “Those that know me know that I keep it all the way 100, so here’s a reality check: we the people are in control,” Ross said in a Logo video shared to MTV’s Facebook page. “Our elected officials work for us, not the other way around . . . I’m calling on each and every one of you to join me in holding our communities, our local representatives, and our nation’s leaders accountable during this very critical inflection point in American history.”

As an actor, activist, entrepreneur, and “proud Black trans woman,” Ross delivered a poignant speech that touched on the progress made towards full equality for and acceptance of the queer community and the work that remains to be done to ensure a safe future for everyone, especially trans youth.

“We are all living through a moment of unprecedented loss, financial hardship, and sociopolitical discord,” she said. “We know these issues disproportionately impact the most marginalized among us, so we need our leaders to be doing more to protect our LGBTQ+ community, but most particularly our Black, trans sisters and siblings. It’s time we have an honest and intersectional conversation centering the most vulnerable among us . . . If you’re not tired, you’re not paying attention.”

“We have always existed and we will always persevere.”

Ross went on to provide statistic examples of the hate-motivated violence against trans Americans in 2021, especially women of color, and encouraged viewers to keep the pressure on the Biden Administration to implement measures that will alleviate these disparities. As an example of ways representatives can help mitigate discrimination against trans folks, Ross mentioned the LGBTQ Equality Act, a bill currently stalled in the US Senate which would establish federal non-discrimination protections for all LGBTQ+ Americans.

“At least 51 trans people were reported murdered in 2021 . . . The vast majority of these victims were Black trans women . . . When I say Black lives matter, I’m talking about all Black lives: Black trans women, Black disabled folks, Black queer and trans sex workers matter. This ever-mounting tally of trans lives cut too short is devastating, but we cannot let our grief numb us.”

While specifically addressing trans youth, Ross added, “Each of us must lift up the banner of liberation together so that the generations that come after us will be even freer. We have always existed and we will always persevere.”

The address, given by Billy Porter in 2020 and 2021, comes to us just hours before President Biden is scheduled to deliver his first State of the Union Address amid Russia’s invasion of Ukraine. Watch Ross’s full speech above and find out more about how to be a better ally to the queer community here.