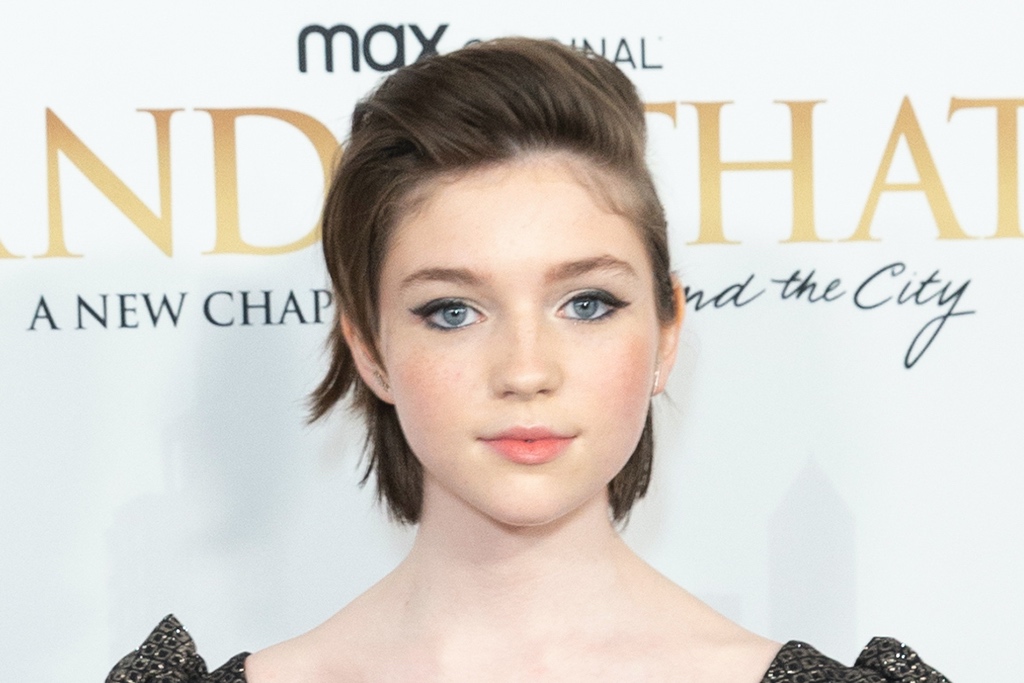 
And just like that….Carrie Bradshaw and crew are back. Stars including Sarah Jessica Parker, Kristin Davis, Cynthia Nixon and more cast members gathered at the Museum of Modern Art on Wednesday evening for the world premiere of HBO Max’s “And Just Like That,” the companion series to “Sex and the City.”

While walking the red carpet, numerous celebrities wore bold shoes ranging from sleek loafers to sky-high pumps. Due to Bradshaw’s penchant for bold footwear, it’s safe to say everyone aimed to put their best foot forward—literally.

“I picked them because I’ve never really done a huge, high platform like this before,” said Cicchino on the red carpet while speaking to FN. “I thought this was a really low stakes, calm night to try new things—so I thought I’d go with that. I tried to step it up with the fashion element of the night, because this is obviously [a] very fashion-forward, iconic show.”

“For the shoes, I was like, ‘I’m wearing something that’s black with a sparkle of silver and gold, so I have to go for something bright and fun,” said Swinton. “We did maybe get 15 pairs of shoes to try on, and we [were] originally leaning towards sparkly Dr. Martens. But then I saw these, and I was like, ‘Oh. My Freaking. God. I have to try these on.’ It’s a shoe show, and I was like, ‘I have to wear a cool shoe.’  It just goes with everything. It pops it and it makes it brighter, and I love it.”

Choosing a sleek shoe for the shoe-focused franchise was also a priority for LeRoy McClain, a newcomer who plays new star Nya Wallace’s (Karen Pittman) husband, Andre, on the show. In homage to “Sex and the City,” the star chose none other than Manolo Blahnik for a pair of black patent slip-on loafers, paired with a silky black and blue Musika suit.

“I chose to wear them, first, because they look great. Second of all, they’re Manolo Blahniks. So, come on!” said the actor on the red carpet. “They spoke to me, so I was like, ‘Yeah, let’s do it, let’s go with them.”

The red carpet also featured an array of familiar faces, including Julie Halston. The actress enthusiastically shared the story behind her outfit of choice for the evening—even taking cue from her fan-favorite character, socialite Bitsy Von Muffling, in a red Moschino jacket, alligator clutch and black pants and pointed-toe pumps from Barney’s New York.

“It’s so weird that Barney’s doesn’t exist as Barney’s anymore, but we’re going to Barney’s later tonight,” joked the actress ahead of the Barney’s-set afterparty. “I thought about it, and I thought, ‘You know what? That is New York.’ I just thought, ‘Put on those Barney’s pants, shoes and Moschino jacket and get out there.’ It’s very New York, that’s what I love about this outfit. It’s a little Bitsy with the peplum, but it’s a New York classic.”

You can currently stream the first two episodes of “And Just Like That” on HBO Max. The show will drop its remaining eight episodes on a weekly basis each Thursday.