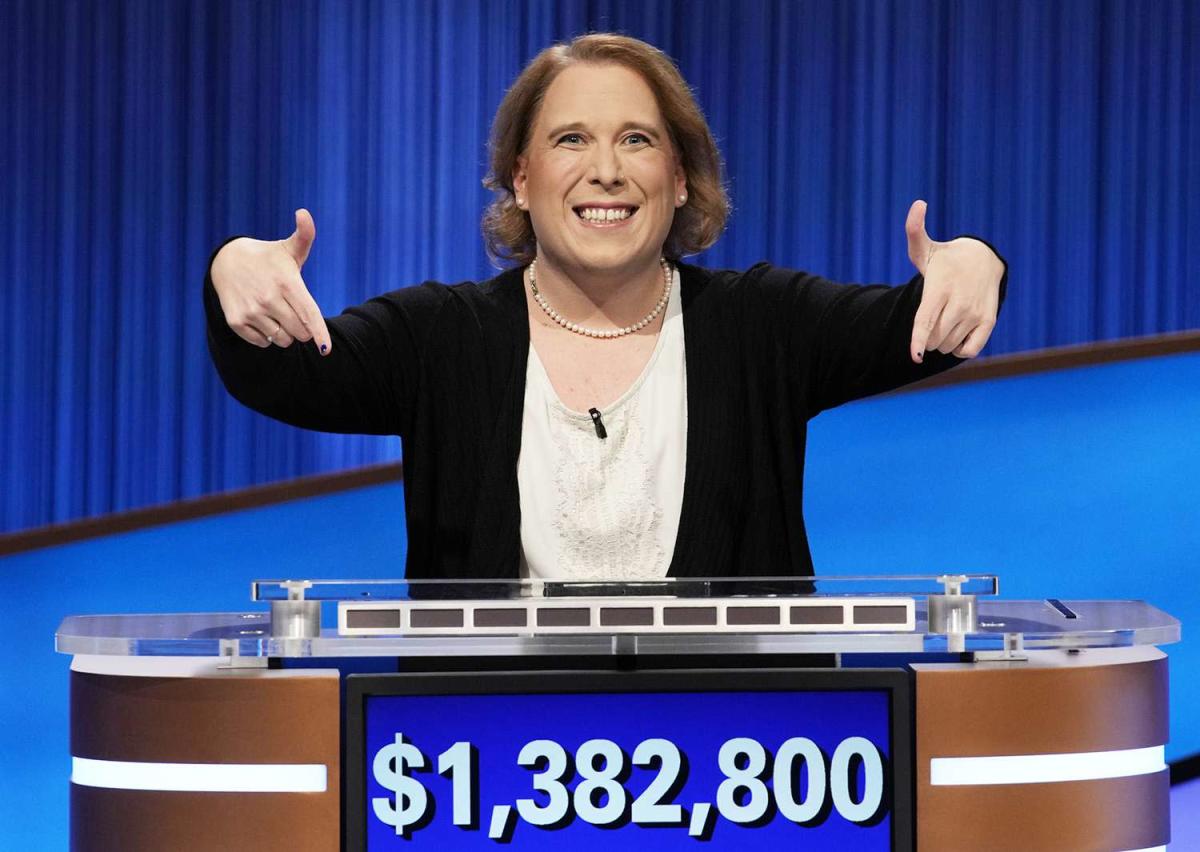 
Amy Schneider is saying goodbye to her 9-5!

The Jeopardy! champ, 42, announced on Tuesday that she recently quit her day job as a software engineering manager following her historic run on the game show.

“Some of you may have heard, but I quit my day job yesterday!” she wrote on Twitter. “It’s a bit nerve-wracking to pivot from software engineer to… public figure, I guess?”

“But regardless of the outcome I’m so excited to spend the next couple years at least tackling this new challenge!” she added.

RELATED: Jeopardy‘s First Trans Champion Credits Practice, the Brain She Was Born with and Her Background for Success

During her time competing on Jeopardy!, Schneider became the most successful female contender in the show’s history and the first woman to surpass $1 million in earnings. She is also the first transgender contestant to compete on Jeopardy!‘s Tournament of Champions.

After 40 consecutive games and accumulating a whopping $1,382,800 in winnings, Schneider’s record-breaking streak came to an end on Jan. 26.

Speaking to PEOPLE after her final episode, Schneider said she felt a sense of disbelief when reflecting on her Jeopardy! experience.

“When I started, my biggest goal was just to win four games,” she said. “Not only did I end up winning 10 times as many, but I’ve heard from so many people, especially trans people and their loved ones, about how much it’s meant to them to see me succeed, and that’s something I will always, always be proud of.”

“I had had feelings, kind of a little bit, of almost guilt at just sort of how easy it’s generally been for me, the path of being a trans woman. It’s easy because of the work and sacrifice that so many people before me made,” she explained. “There was sort of a little bit of a feeling of guilt about just sort of reaping all the benefits of that without feeling like I was giving much back.”

The game show champion added, “To be making an impact now and to be giving something back without trying, with just doing something I was planning to do anyway, is really great.”

With her days as a full-time software engineer officially behind her, Schneider now has her sights set on some new professional challenges.

“One thing is I’m going to be working on trying to write a book,” she said during an Instagram Live interview with GLAAD on Jan. 27. “My agent — which still feels like such a weird thing to say — really wants to get moving on that real quick while the publicity is out there. That’s what I know for sure.”

“I can’t be on another game show for six months with the exclusivity of Jeopardy!, but I would certainly be interested in that,” she continued. “I’m sort of seeing what else is out there. … For a while, [I’ve] kind of had an interest in voice acting.”

As for whether she’d ever want to host Jeopardy!, Schneider said: “If somebody was to call and ask me to try out for it or whatever, I wouldn’t say no. That would definitely be something I’d be willing to explore.”