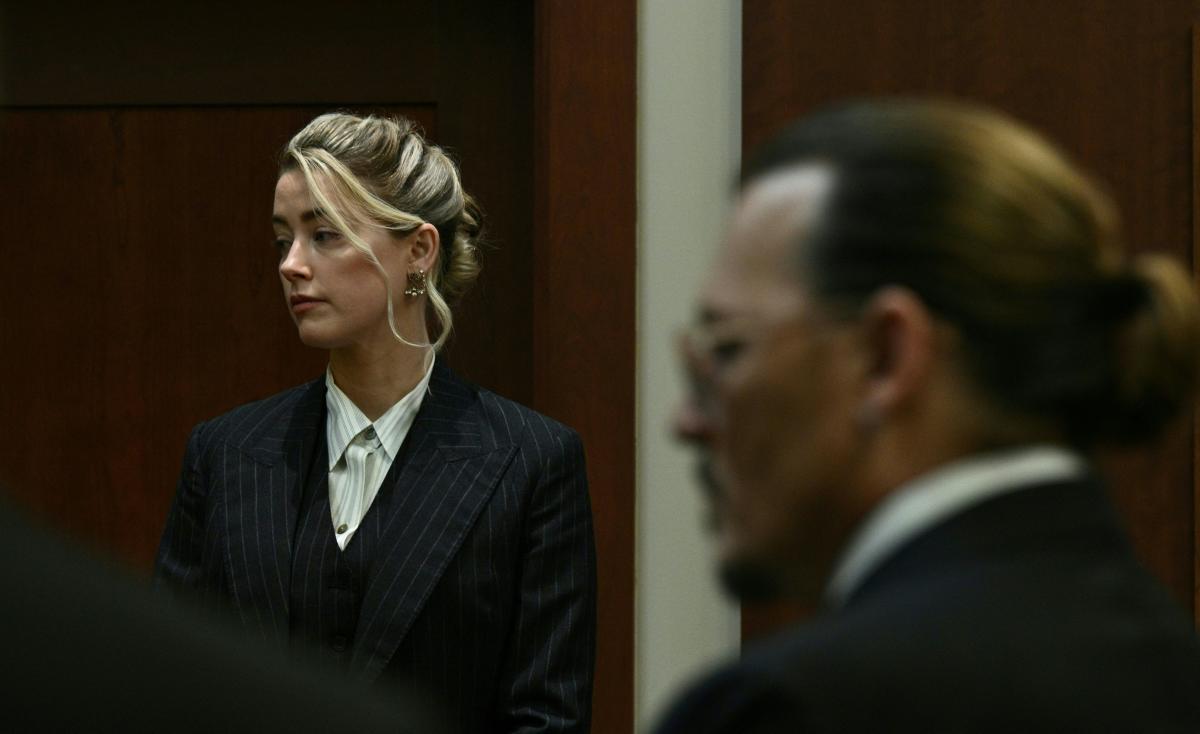 
Amber Heard continued cross-examination on Tuesday and she and Johnny Depp‘s attorney picked up right where they left off.

Camille Vasquez, one of Depp’s lawyers, tried to poke holes in Heard’s multiple claims of domestic violence and sexual assault. Vasquez called out Heard for changing her story about when she was first allegedly hit by Depp. On Monday, Heard said the violence actually started in 2012, not in early 2013 as she previously testified. (“You never forget when someone hits you like that… I just got the date wrong.”)

“He was hitting me in 2012 he just took a break in the middle,” Heard told the court on Tuesday.

Vasquez brought out a large knife that Heard gifted Depp in 2012.

“That’s the knife you gave to the man that was hitting you,” Vasquez asked, adding, “You gave it to him while he was abusing you allegedly?”

Heard replied that she “wasn’t worried” Depp was going to stab her.

The topic then shifted to the alleged Australia assaults, where Heard testified Depp penetrated her with a liquor bottle. Vasquez grilled the Aquaman star on the “sequence” of events that purportedly occurred: that Depp consumed “8 to 10” pills of MDMA, smashed a wall-mounted phone to pieces where his fingertip was likely severed, pinned Heard down on a countertop and sexually assaulted her.

“When he puts you on the counter does he have the bottle in his hand, yes or no?” Vasquez asked.

Heard testified she had cuts on her feet and arms and bled from the vagina after the alleged attack. There are no medical records of the actress seeking treatment for any injuries.

Although many images of Heard’s alleged injuries from 2013 to 2016 have been shown to the court, there are no photos from the Australia incident.

“You weren’t scared of [Johnny] at all, were you?” Vasquez asked.

“I have a mixed relationship with Johnny, one in which I’m scared, one in which I love him very much,” Heard replied. “This is a man who tried to kill me, of course it’s scary. He’s also my husband.”

Two weeks later, Heard claimed Depp attacked her and her sister, Whitney, back in Los Angeles after she confronted the actor for cheating on her. Depp had a cast on his right hand from his finger injury and was recovering from an infection also sustained.

“So it’s your testimony Mr. Depp was able to attack both you and your sister in that state?” Vasquez asked.

Heard maintained she was abused and that she also “hit” Depp “in defense of my sister.”

Weeks later, the actress returned to Australia with Depp. She claimed the two were in a “honeymoon” phase as the actor was sober. The pair started a “love notebook” where they wrote notes to each other. An entry from May 2015 was read in court, two months after the alleged brutal assault:

I fall more and more for you every day… True love isn’t just about the madness of passion or instead picking the safety of peace. No — it’s about having both. Falling madly in love with your friend. That is what has surprised me perhaps the most… that I have seen in you the true bones of friendship and respect. But of course, I still (more than ever) I want to rip you apart, devour you and savor the taste… fret not.

Another entry was read in which Heard apologizes to Depp, writing, “there is never a good enough reason to hurt you.”

On their honeymoon in 2015, in which Heard claims Depp attacked her, she called the trip “beautiful” and “extraordinary,” writing, “I couldn’t imagine a more gorgeous honeymoon.”

When asked if it was a love book or apology book, Heard said, “It was important for me to try and nurture as much peace as we possibly could and when things were good, they were really good… I think it’s important in every relationship to apologize and try and move past fights.”

Heard is still on the stand. Yahoo Entertainment will continue to update this story…