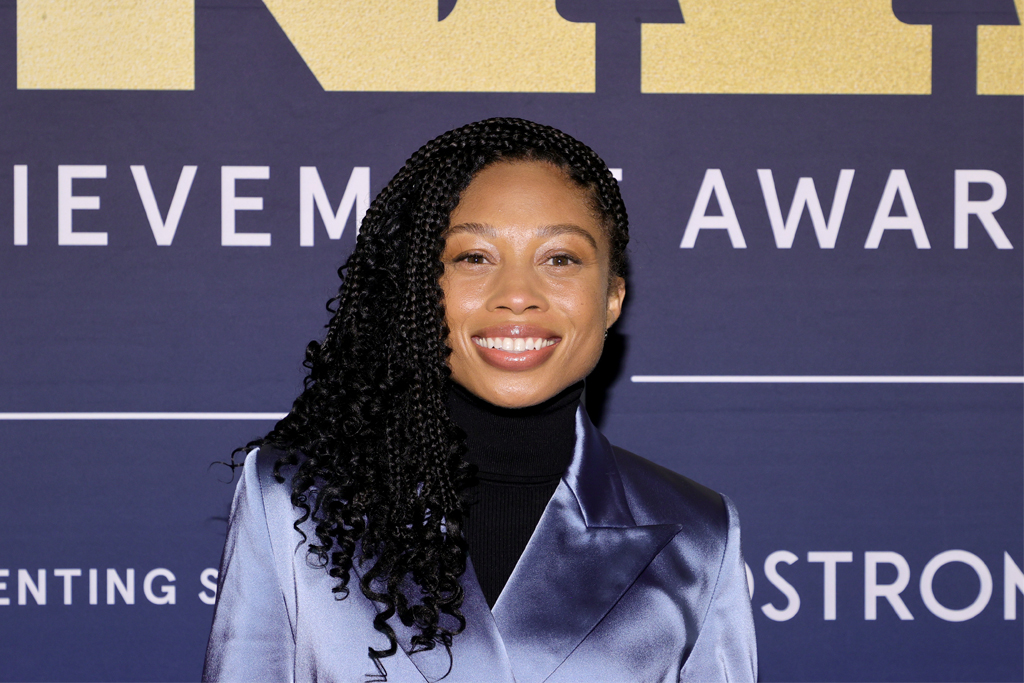 
Allyson Felix wrapped her illustrious track and field career yesterday at the 2022 World Athletics Championships, earning the bronze medal with her Team USA teammates in the mixed 4 x 400-meter relay. Today, the beloved athlete shared a thoughtful message on Instagram.

“Don’t be sad it’s over, be happy it happened,” Felix wrote on the social media platform.

Prior to the race, Felix shared a series of photos with a lengthy message on Instagram detailing her journey as an athlete.

“There have been more tears [than] celebrations, more doubt than confidence, more prayer than trash talking. What I’ve learned is that you have to keep going. Just don’t quit,” the athlete wrote. “When you get knocked down, get back up. Ask for help because you’ll never do it alone. Take small steps toward your passion and you’ll end up in your purpose.”

Felix continued, “Be brave with your life because you’ll have an impact on people that you never thought was possible. Nothing but love.”

Aside from her journey as a professional athlete, Felix has also made waves in the world of footwear. Last year, Felix earned the Launch of the Year award at the FN Achievement Awards for her Saysh brand.

In June 2021, the decorated athlete — alongside her brother Wes Felix, the co-founder and CEO of Saysh — revealed the by women, for women imprint’s first shoe, the Saysh One. The look, which was created by renowned designers designer Natalie Candrian and Tiffany Beers, is a lifestyle sneaker built to be lightweight, breathable and ideal for daily wear.

Roughly one year later, renowned retailer Kith began stocking the Saysh One in May in a trio of colorways, and in June, the brand announced it closed a Series A fundraising round led by specialist consumer fund IRIS and the Gap Inc.-owned Athleta brand that brought in $8 million. As part of the investment, Gap Inc. acquired an equity stake in Saysh, and Athleta entered into a partnership to showcase Saysh footwear on Athleta.com.

With the fundraising round announcement, Wes Felix confirmed with FN that the Saysh Two lifestyle sneaker will arrive this year, and performance products in the running and training categories will come in 2023 in the spring and the fall.