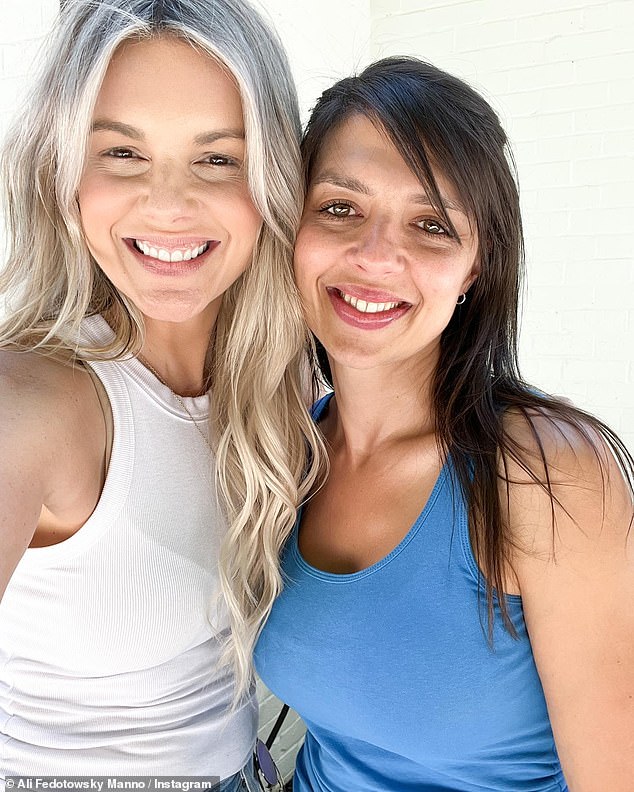 
Ali Fedotowsky reveals she discovered she had a HALF-SISTER after taking a DNA test… and her father didn’t even know!

By Adam S. Levy For Dailymail.com

Ali Fedotowsky revealed she has a half-sister named Tonya Gloria who she recently connected with, saying that it’s ‘so crazy how life can change so quickly,’ as she had no idea of her sibling’s existence a year ago.

The 37-year-old alum of The Bachelorette said in an Instagram post that she enjoyed ‘the absolute best few days with’ Gloria, her husband Sonny, and her two nephews, who are ‘all people [she] didn’t even know existed just one year ago.’

The Williamstown, Massachusetts native shared a series of photos of the meeting, adding, ‘I think I told you guys this before but I’ve always wanted a bigger family and I feel like my wish came true.’

The latest: Ali Fedotowsky, 37, revealed she has a half-sister named Tonya Gloria who she recently connected with, saying that it’s ‘so crazy how life can change so quickly,’ as she had no idea of her sibling’s existence a year ago

The reality star, who is mother to children Molly, five, and Riley, four, with husband Kevin Manno, 38, said she wanted to share ‘the story’ of how she connected with Gloria after ‘so many’ of her followers asked her about it.

Fedotowsky said that she ‘decided to do a DNA test to learn more about’ her grandmother Molly, who she named her daughter after.

She noted that she ‘was not looking for a family member because [she] assumed [she] knew all [of her] immediate family members.

‘In fact, I was so focused on learning about my grandma that I didn’t even notice that in my results a person popped up under “Close relative.” I think maybe I saw it one day later thinking she must’ve been a first cousin and I was super busy with two very young kids so I told myself I’d come back to it and just forgot.’ 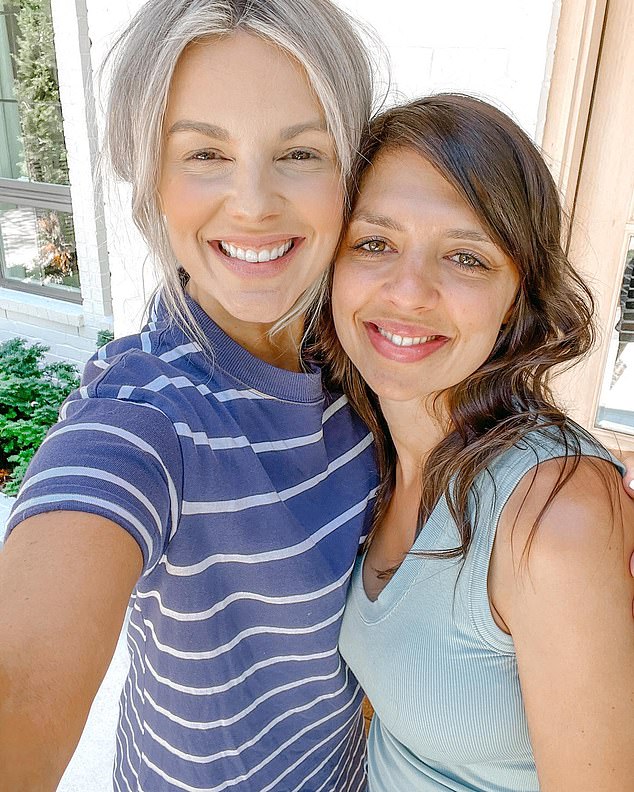 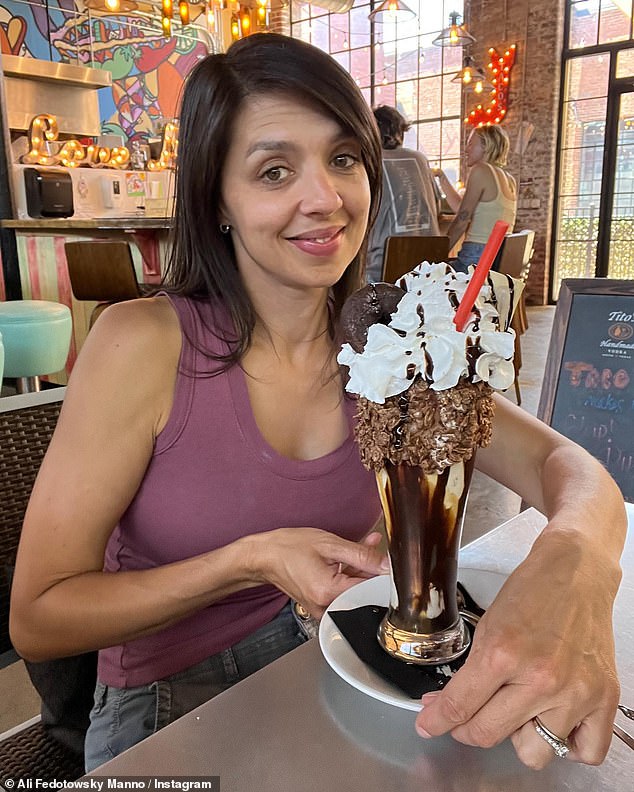 Gloria ‘had also taken a DNA test and she got alerted to the fact that she matched with’ her, Fedotowsky said. ‘She opened it up and read that a close relative meant that I was her grandma, aunt, or half sibling.

‘It was pretty clear that I wasn’t her grandmother or aunt so half sibling was the only option. Crazy right?!?!’

Fedotowsky said that Gloria ‘Googled [her] name and a bunch of bachelorette nonsense popped up,’ and subsequently reached out to her father ‘and they connected and then he connected us.’

Fedotowsky described meeting her half-sister for the first time as ‘the biggest blessing ever,’ adding that she ‘took the test … never looking for a sister or expecting to find one,’ and is ‘so glad’ she did.

The TV personality said her sister is ‘funny, laid-back [and] down to earth’ and that she would want to be friends with her ‘even if she wasn’t [her] sibling.’ 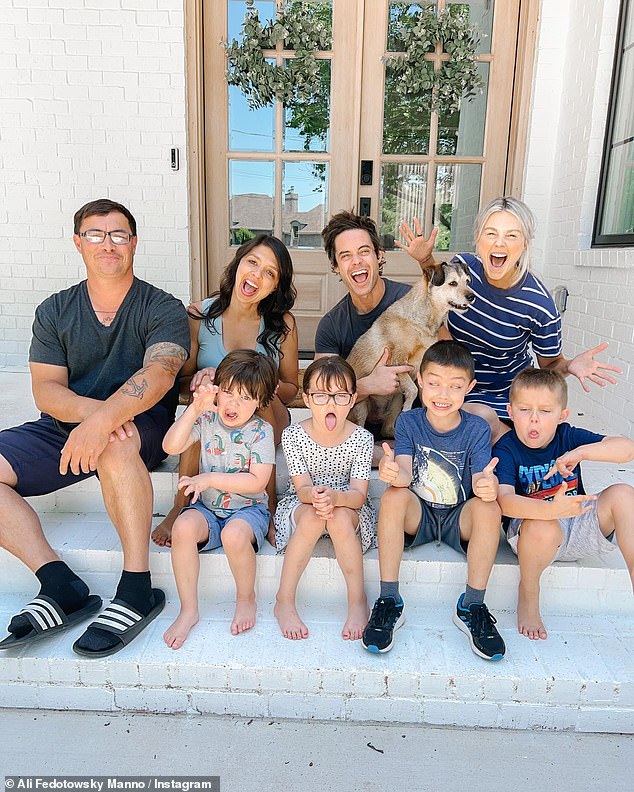 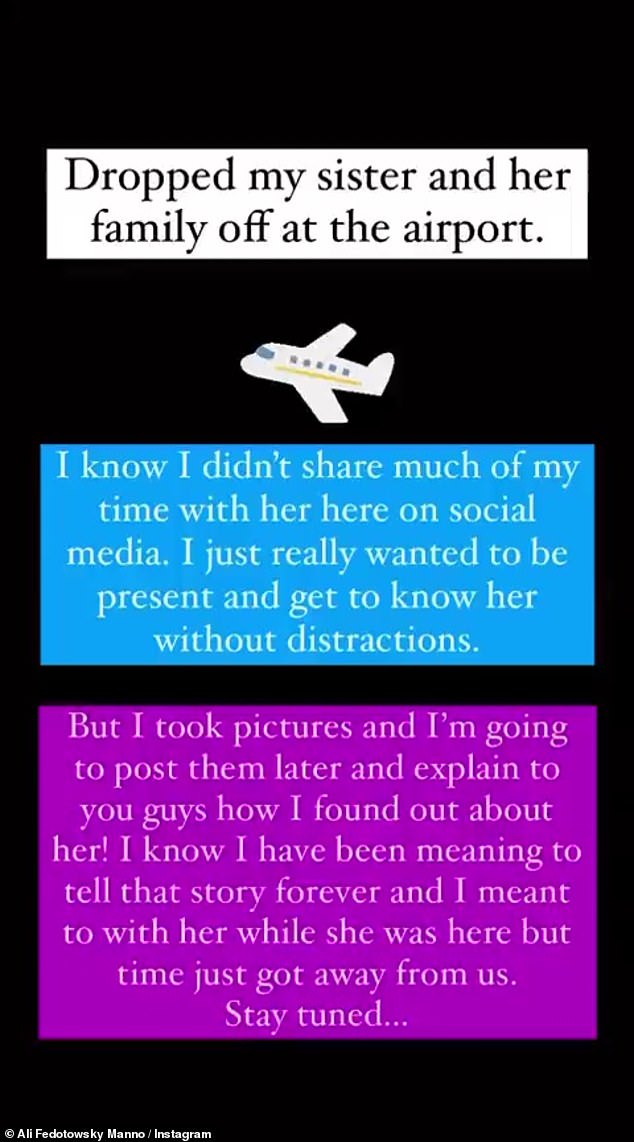 Fedotowsky also followed up on the meeting on her Instagram Stories, noting how she dropped her sister and her family off at the airport

Fedotowsky also followed up on the meeting on her Instagram Stories, noting how she dropped her sister and her family off at the airport.

She said she didn’t share much of their meet-up on social media, as she ‘just really wanted to be present and get to know her without distractions.’

Fedotowsky said that she had hoped to tell the story with Gloria on social media while they were together, but ‘time just got away’ from them.

She has gone on to work as a correspondent for E! and also appeared in the 2013 Woody Allen film Blue Jasmine, while maintaining a strong social media presence.