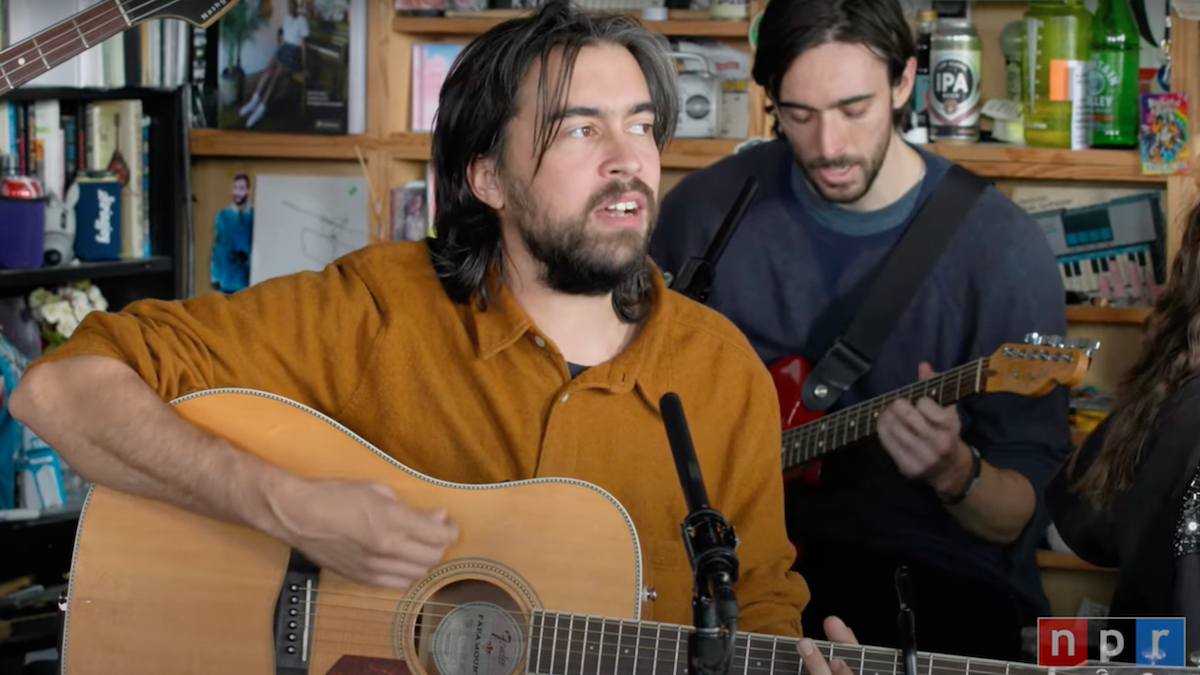 Alex G paid the NPR office a visit recently for a Tiny Desk Concert. The Philly indie rocker was promoting his September record God Save the Animals, one of the Top 50 Albums of 2022.

“We’re really grateful to be here,” Alex told the in-person audience after playing his first song of the set, “Runner,” and introducing his band. “I don’t have a lot to say,” he added with a chuckle, the sentiment coming off much more gracious than aloof.

After “Runner” — which we also crowned one of the Top 50 Songs of 2022 — Alex G played another God Save the Animals single, “Miracles,” a gorgeous acoustic track that’s perfectly suited to the Tiny Desk’s stripped-down setting. He also dug up two older highlights from his expansive discography: “Gretel,” the sweetly twisted lead single from his 2019 album House of Sugar, and “Snot,” a jilted pseudo-love song from 2015’s Beach Music.

Back in May, Alex G also released his first-ever film score, for the indie horror flick We’re All Going to the World’s Fair. Aside from finally making his debut at the Tiny Desk, he’s celebrated the release of God Save the Animals with some late-night appearances, including a performance of “Miracles” on The Late Show with Stephen Colbert and “Runner” on The Tonight Show Starring Jimmy Fallon.