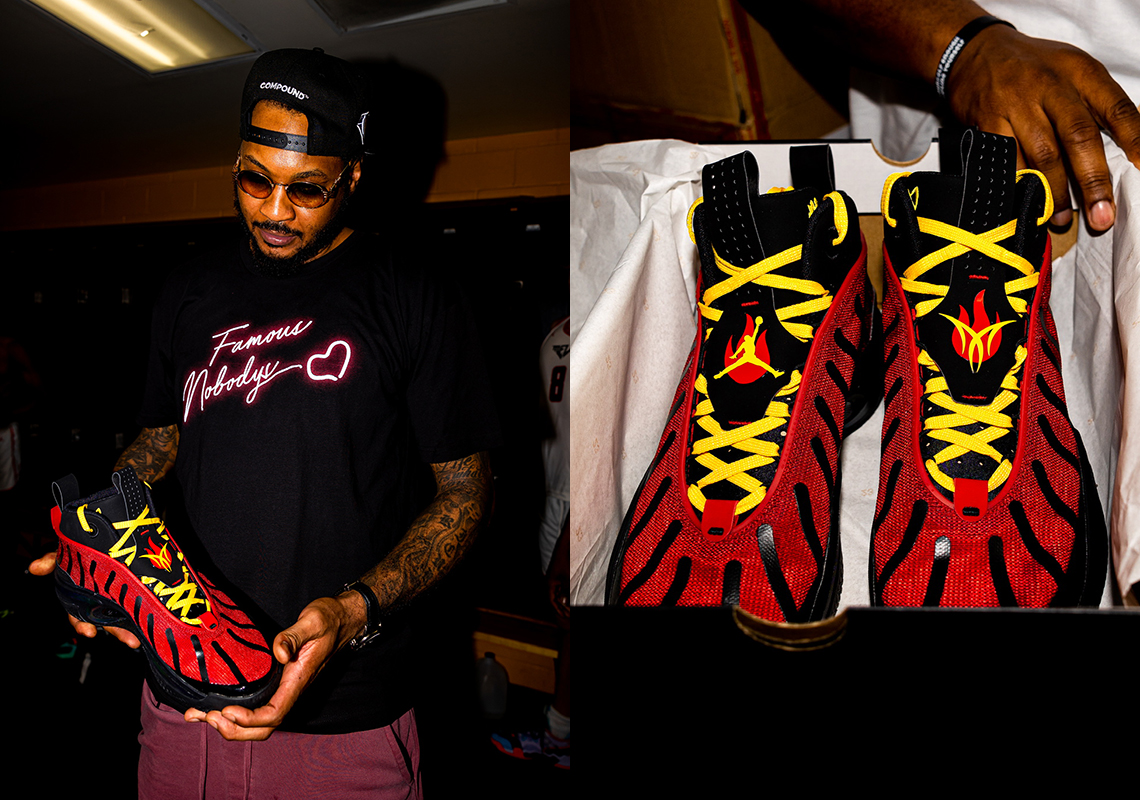 
Whether it’s the renaming of a major athletic sports facility at Syracuse, or giving to his Baltimore-based AAU squad, Carmelo Anthony has done all that’s required to set a true lasting legacy in the game. He’s a sure-fire first-ballot hall-of-famer as well as one of the top 75 NBA players of all-time, so Melo’s spot in hoops history is without contention.

This past weekend, Melo gifted his Baltimore AAU team with some sick new kicks – specifically an Air Jordan 36 PE inspired by the Nike Air Bakin‘ – a classic Nike Basketball shoe that Melo has fond memories of. The Air Bakin’, which originally released in 1997, was noted for its blazing hot red and yellow design and its infamous “AIR” logo that was met by protest from the Muslim community as the word “AIR” resembled “Allah”. Nike pulled pairs from the shelves and re-released them with a standard Nike Air logo.

This Air Jordan 36 PE shares some obvious resemblance to that classic, but with the added flame logos on the tongue with the Jumpman and Melo’s classic logo. Additionally, a Nike Swoosh logo appears at the ankle collar. Check out the photos below. 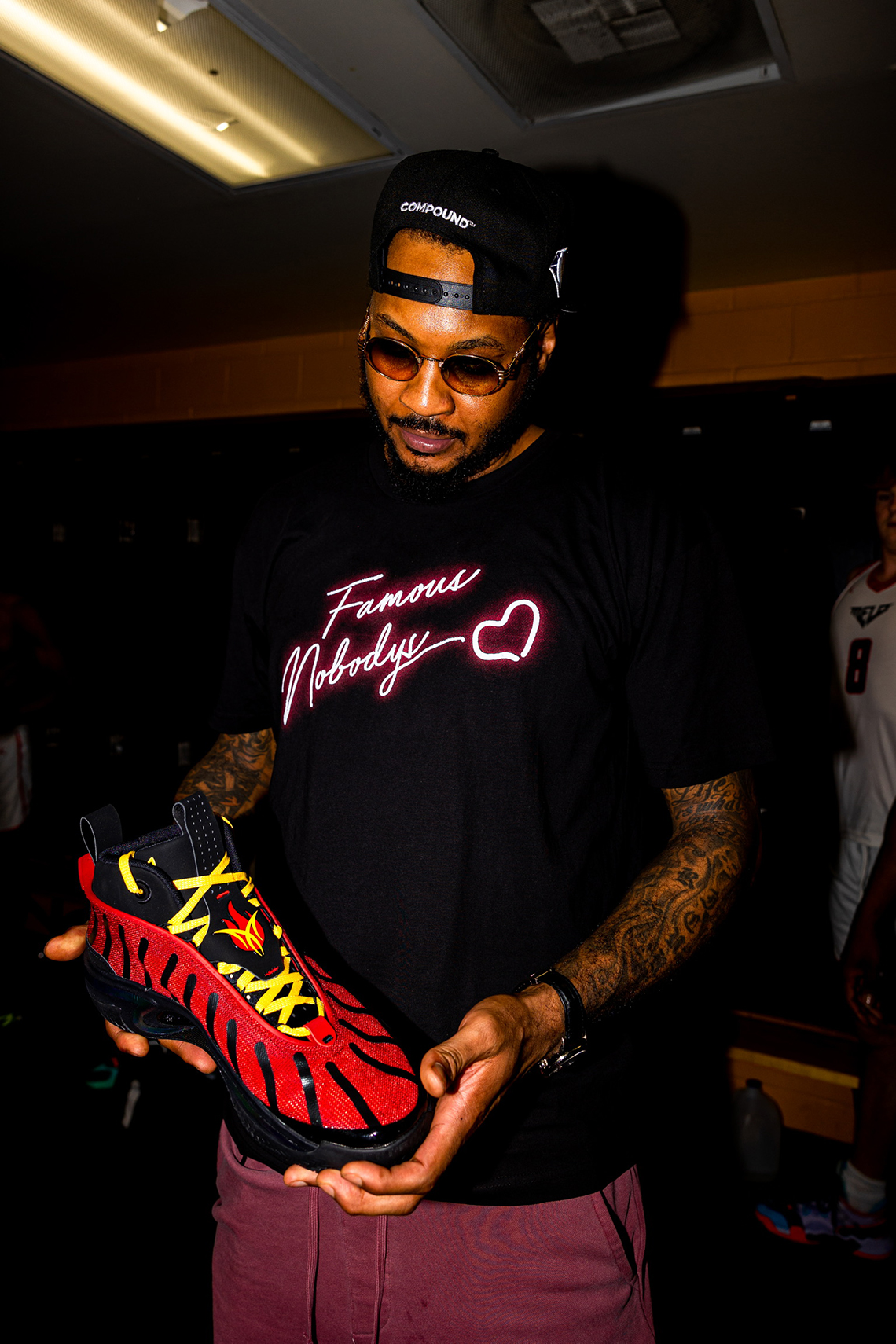 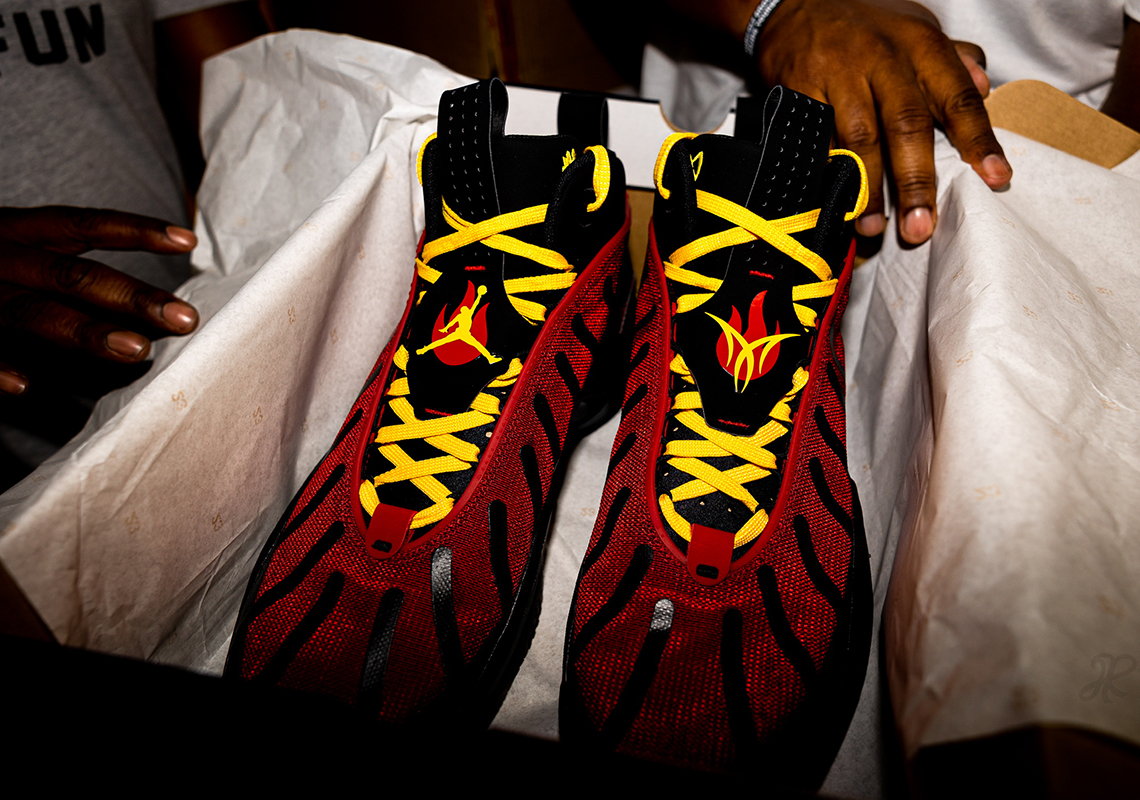 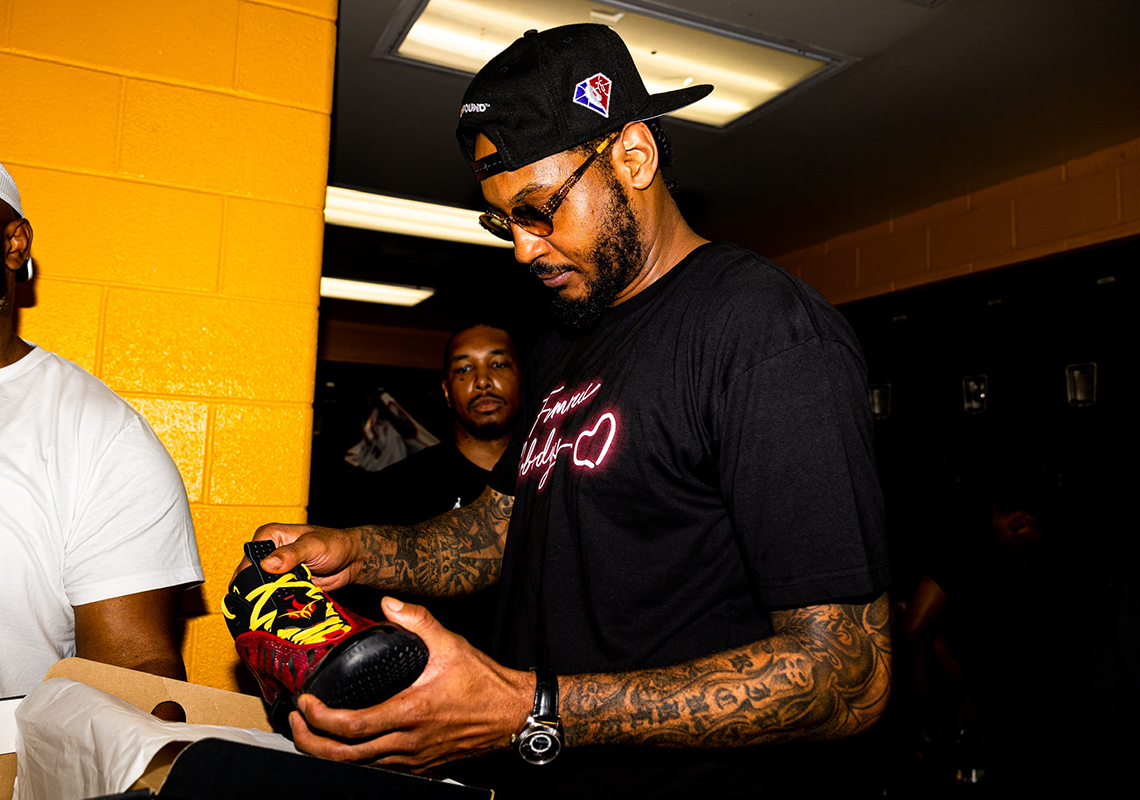 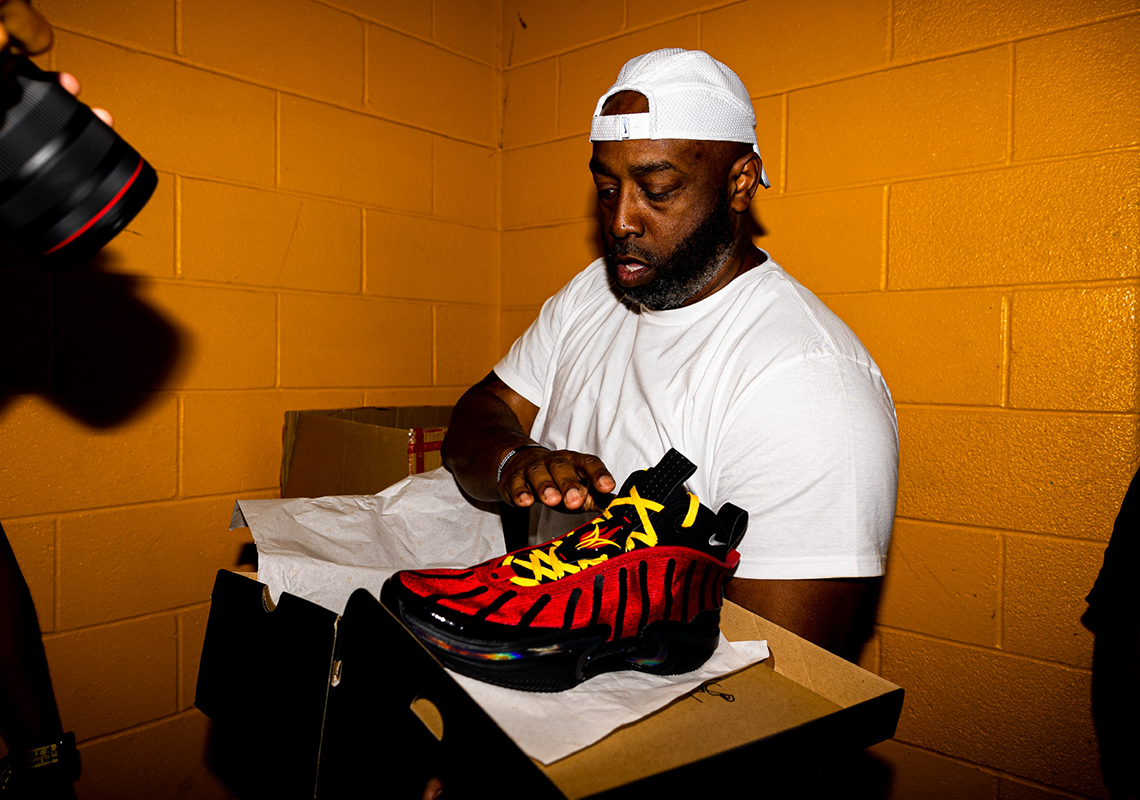 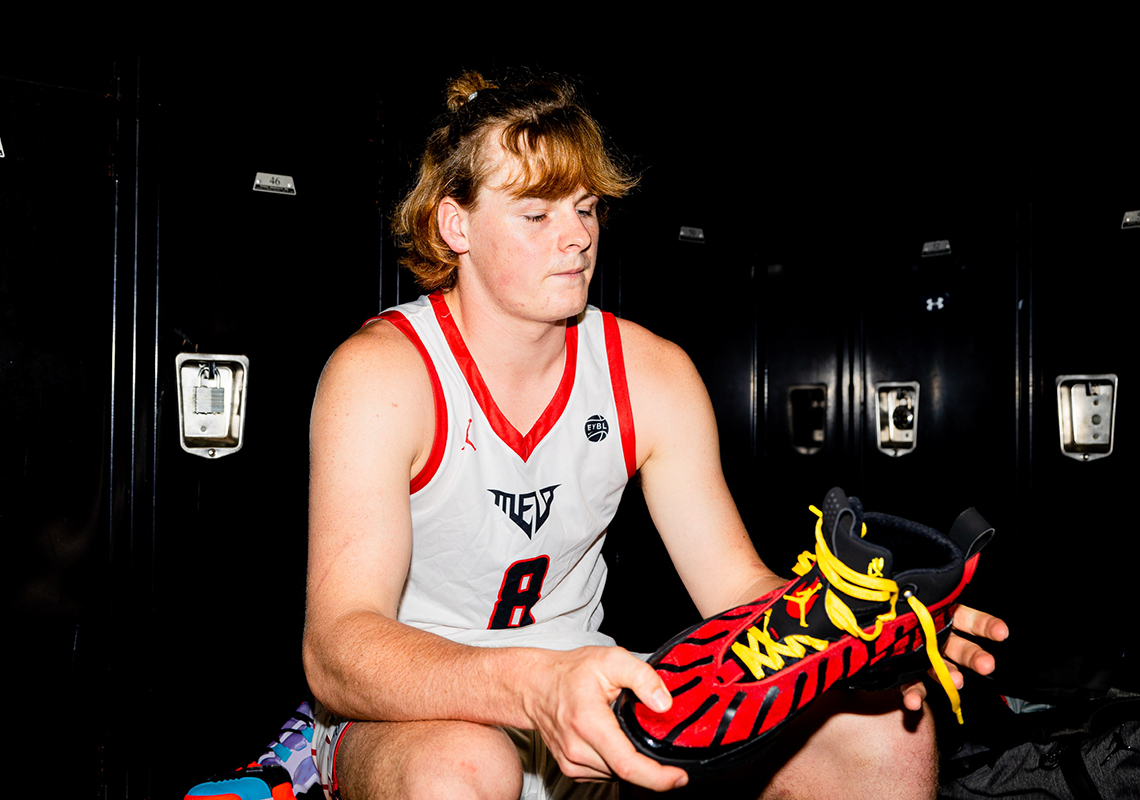 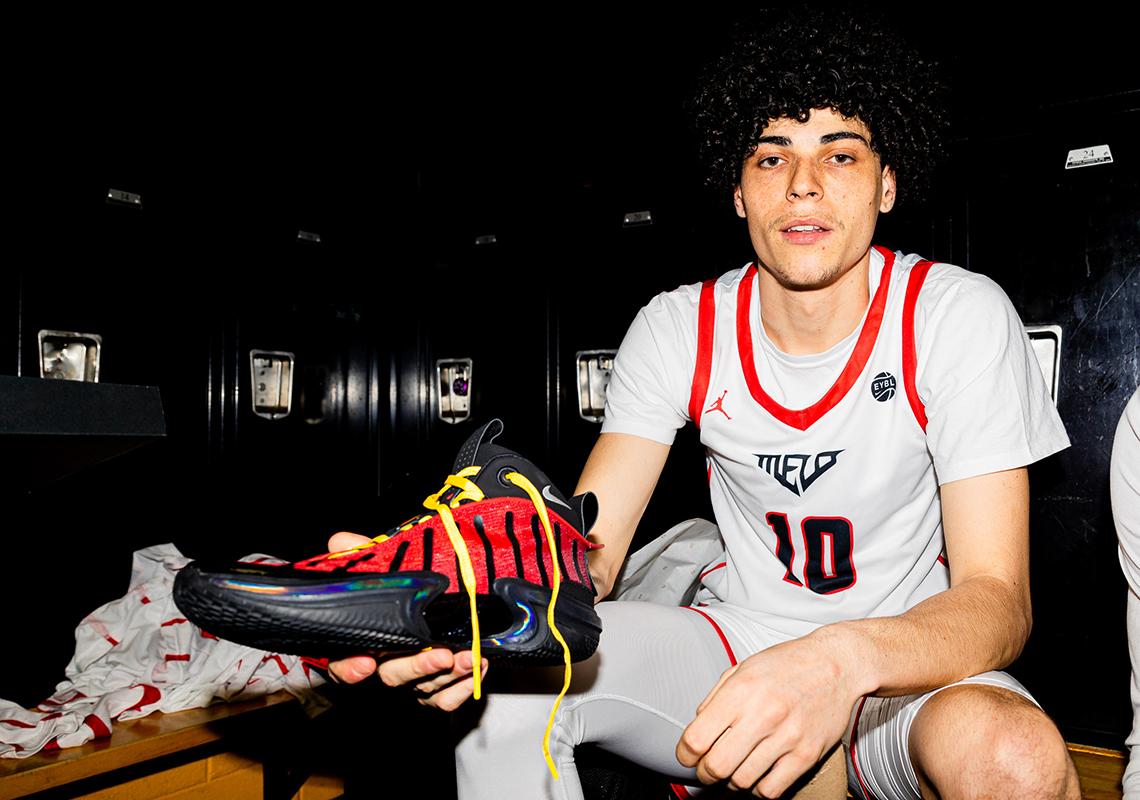 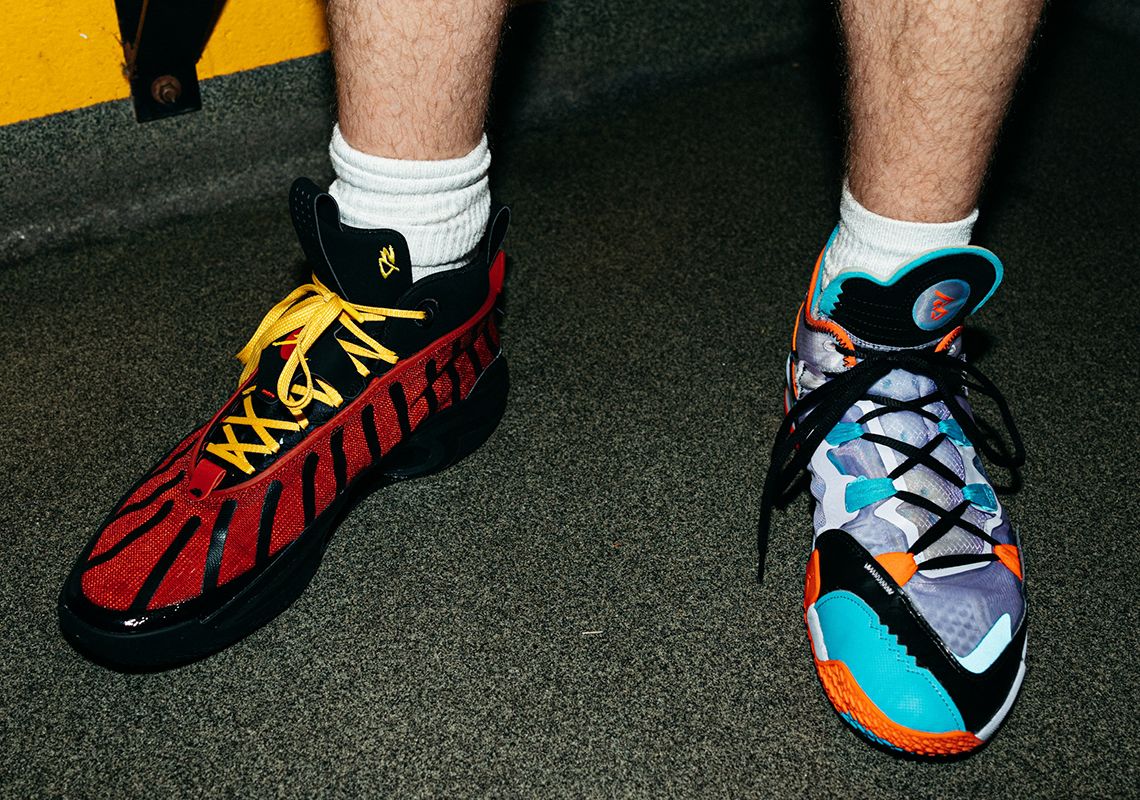 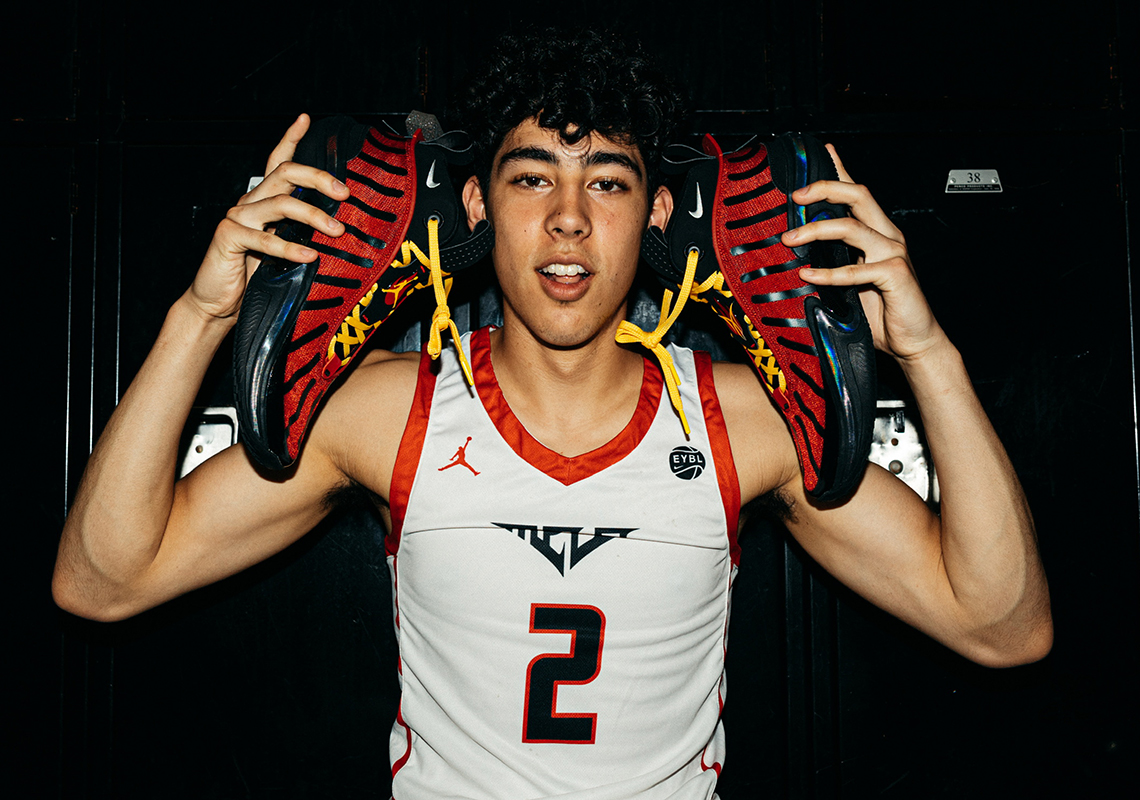 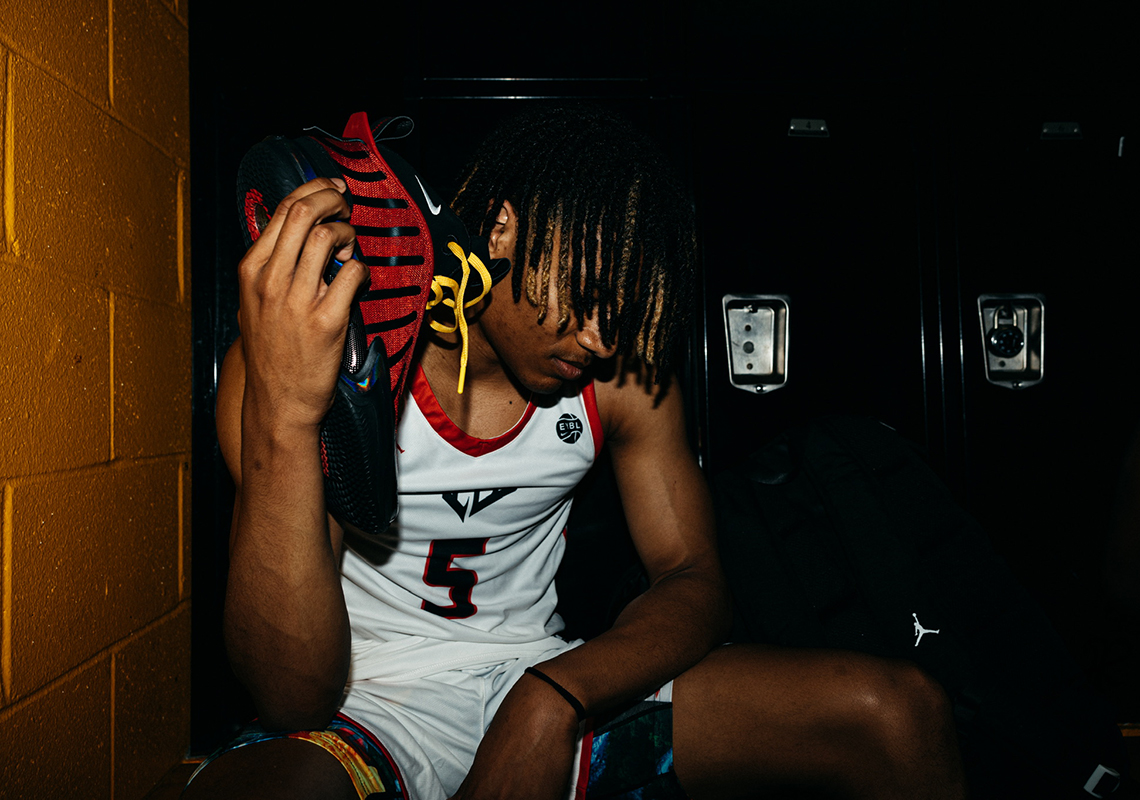 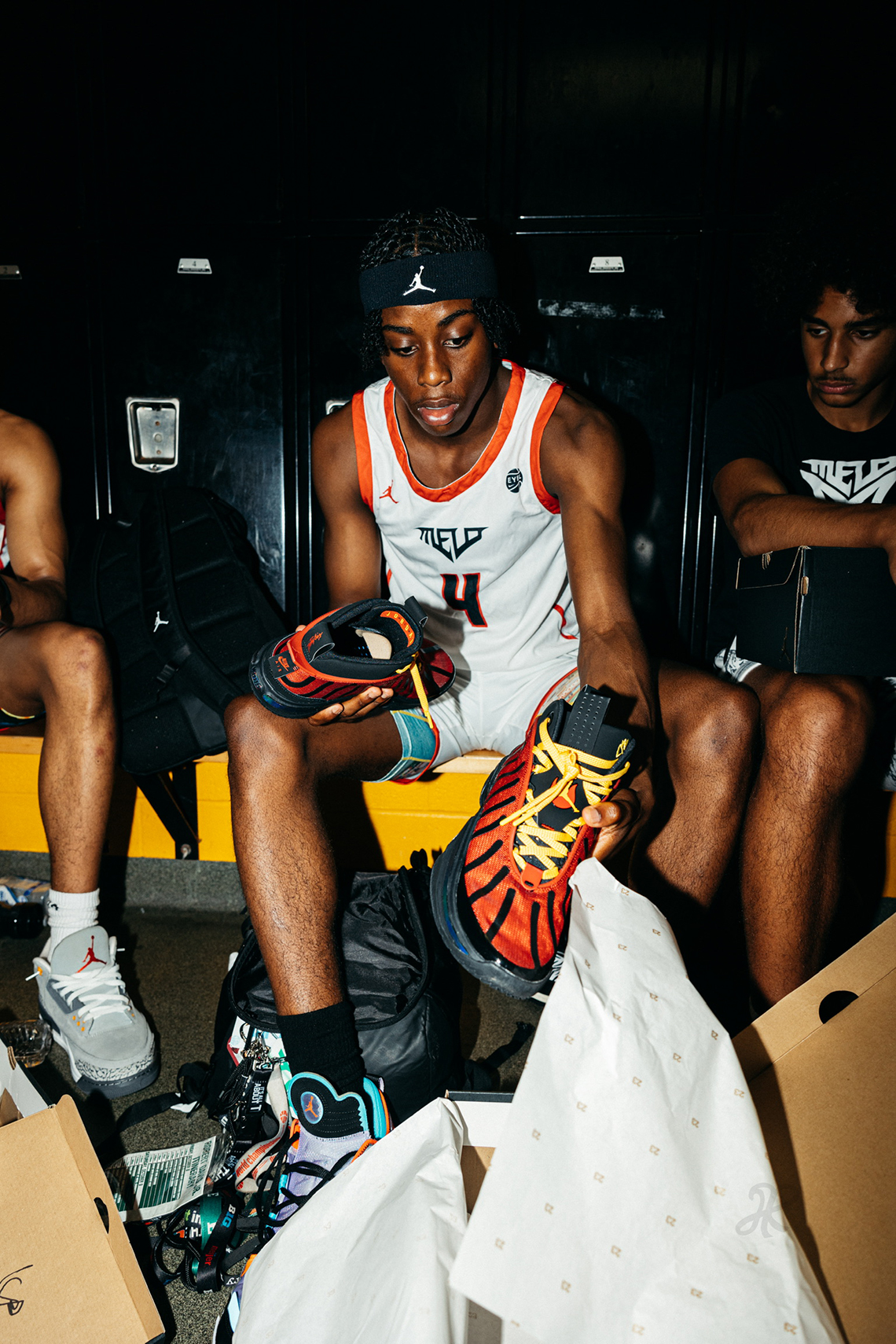 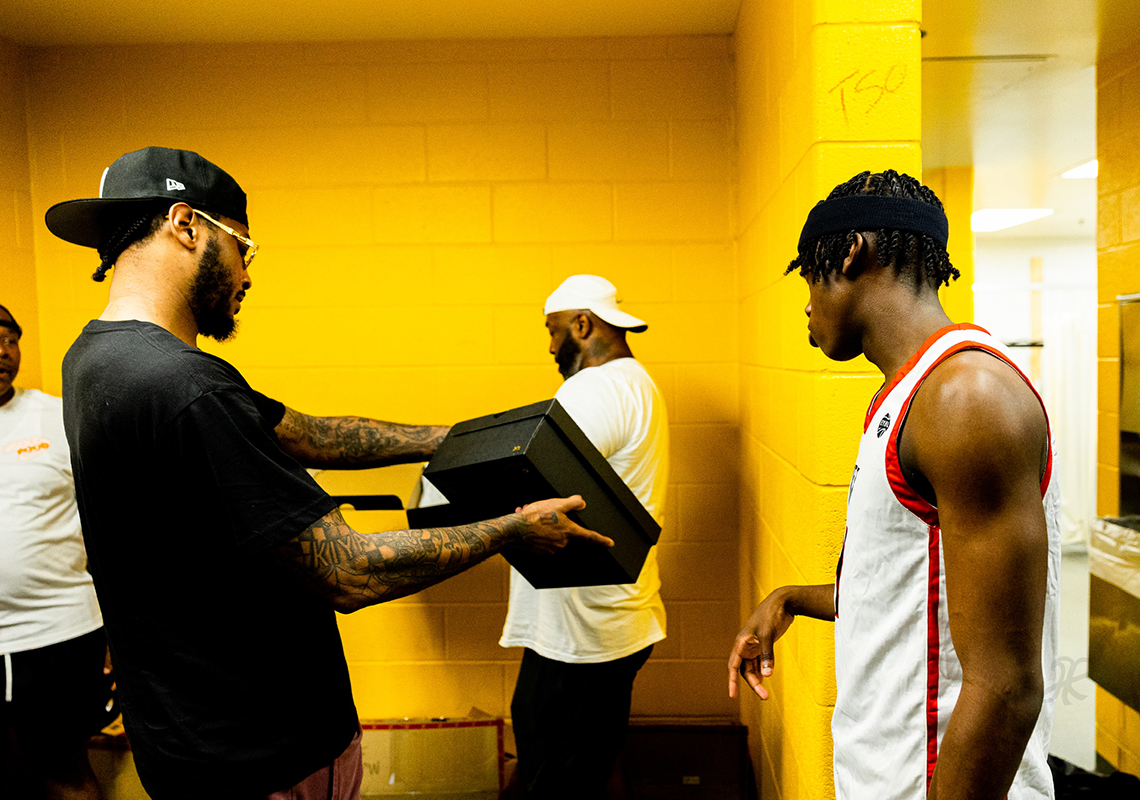