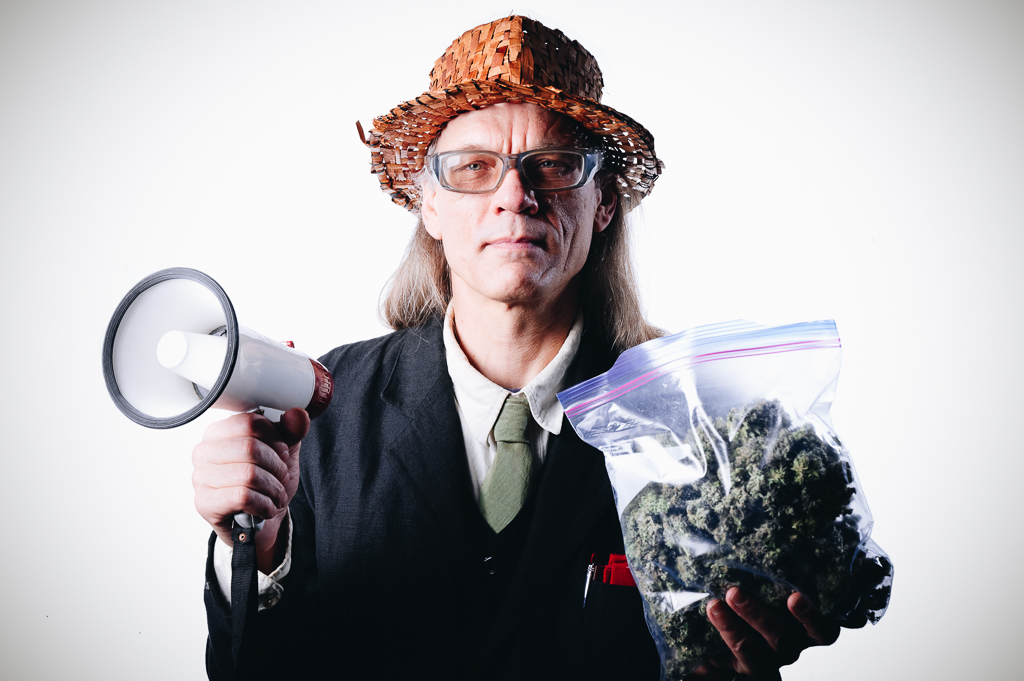 
CANNABIS CULTURE – Read to on to see how you can help.

The Victoria Cannabis Buyers Club (VCBC) along with founder, Ted Smith, have been handed over $6.4 million in fines and need the cannabis community’s help covering legal fees to fight this travesty. 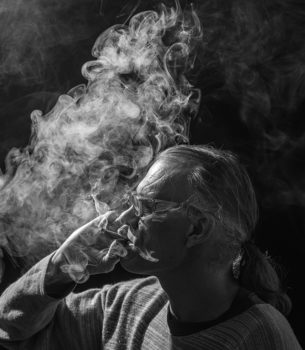 Photographed by www.rickcollinsphotography.com
Rick Collins is an editorial documentary photographer based in Victoria-Vancouver, British Columbia, Canada.

Once again, the VCBC is under attack, this time in the form of an over $3.2 million fine from the Community Safety Unit (CSU), along with a second fine in the same amount for Smith. Their website, which provides lifesaving cannabis access to many of its members, has also been taken down.

“It is kind of surreal to be in this position,” said Smith in a recent interview with Cannabis Culture.

It was no surprise that the VCBC received the fines following the three raids between November 2019 and June 2020.  The amount was based on estimated sales and confiscated product during the time of the raids. However, no one expected Smith’s additional penalties.  “The fact that they have doubled down on me and given me a separate $3.2 million fine, if anything, shows how completely out of touch they are with what is happening in the real world.”

“We are out here saving people lives in an opioid crisis and keeping them alive with cancer and arthritis and all these other serious problems, and all (CSU) seem to care about is money,” Smith continued. “We have support from virtually everyone else in our community except this small pocket of bureaucrats that think the letter of the law means more than people’s lives.”

“Because of the way they’ve set up the rules, they don’t have to justify it.”

Founded in 1996, the VCBC is Canada’s oldest compassion club, and they are no stranger to fighting Health Canada regulations and the Cannabis Control Licensing Act.  Health Canada has shown a pattern of waging war on compassion clubs despite overwhelming evidence that cannabis access is critical in fighting the opioid crisis.  The CSU, responsible for enforcing BC’s cannabis regulations, had even gone as far as threatening to sue the landlord if the VCBC is not evicted. 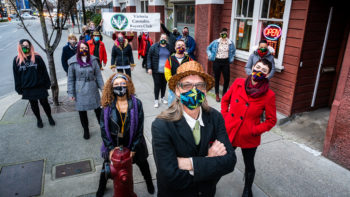 So far, government efforts to close the VCBC have been unsuccessful.  “We haven’t shut down,” reassured Smith.  “We have been open every day throughout.  Even when we get raided, we reopen the next day.  People need the medicine.”

Smith spoke to Health Canada’s delay in processing a 727-page exemption request filed by the VCBC in 2021, well before the fines were handed down. “There is a complete disconnect bureaucrats have with people dying of opioid drugs, and that cannabis is medicine for them. If you go to Health Canada’s website, they even tell people that they do not advise you to use cannabis as medicine.”

“It has been forced on them by courts, but they hate it.”

“They should be out there suggesting it as the number one tool for fighting the opioid crisis, and instead they’re trying to push people to other prescription drugs, which is the problem. It’s pretty backwards.”

Despite the exemption not being processed yet, the document will prove invaluable in court.

“We had thought that when they turned down our exemption, we would take them to court, and we would use this substantial body of evidence to prove that that they could not justify what they were doing,” explained Smith. “We will be using the exemption as we proceed here as well as there is lots of good evidence and letters of support in it.”

“There was really never a question of whether we were going to fight it.”

“It is not like we have the money around,” Smith continued. “We pride ourselves on selling our medicine at the lowest cost possible, which means that we are not stockpiling anything. I pay some of my staff than what I take home.” 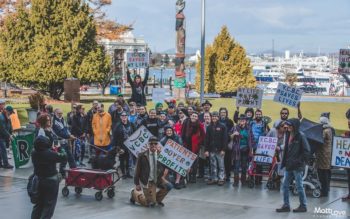 The overwhelming support from the cannabis community thus far has been inspiring, with many people wanting to write letters or protest, but Smith says at this point, it really comes down to court. “What we have to do is file two applications in court. We need to file a constitutional challenge similar to Allard in many ways, so that will take a bit of work to put together.  The bulk of that work will really be in the hearing, which will take some time, especially with COVID backing courts up. It could be a year or two before that actual hearing.”

“The more important application (right now) is an injunction or stay to stop the province from further punitive measures against our club. We need that back-off order to survive until the hearing can occur within a couple of years.”

“Fundraising is to pay for the injunction because that will make or break this situation. If we lose that injunction, then the government has got a green light to come down on our heads.”

The VCBC has hired Jack Lloyd to represent them, as his experience as a cannabis lawyer working on other constitutional challenges will prove invaluable in the upcoming hearings.

“Patients deserve a storefront that they can walk into and talk with a pharmacist about drug interactions and THC/CBD combinations. They cannot do that in any of the legal stores. It is absurd that cancer patients and people struggling with opioids have to use mail order with their credit card to get this medicine, in the middle of an opioid crisis especially.”

“We cannot stop until that is an option for patients across Canada, not just here in Victoria. The battle that we’re fighting for means much more than just our store staying open. It means a future for Canadians to be able to use this medicine and have no THC limits on it.”

“This whole recreational, for-profit scheme is something that cannot replace the medical marijuana system. Not on our watch.”

Fundraising via third-party platform GoFundMe was taken down within hours of posting, so donations are now being gratefully accepted via e-transfer to [email protected] or cheques written to Jack Lloyd Law Corporation.