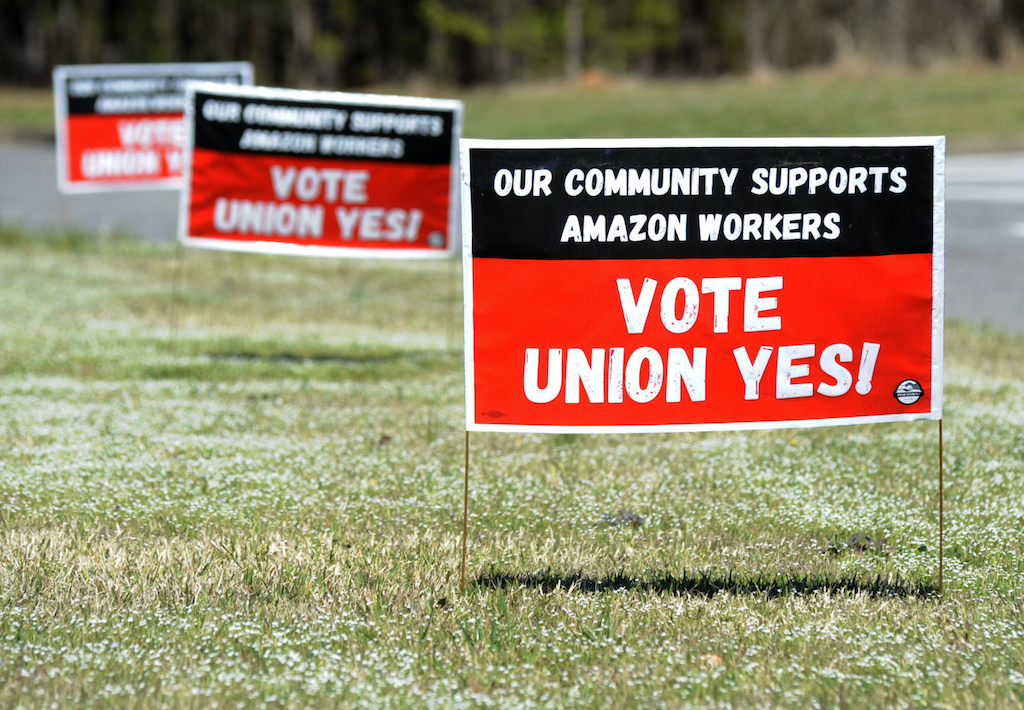 
Retail unions are having a moment.

In the last year, store workers across the U.S. have been at the frontlines of a unionization wave across the retail sector. Since December, three corporate-owned Starbucks stores have unionized, with more conducting votes and expressing interest. Employees at an Amazon warehouse on New York’s Staten Island officially voted to form the first Amazon union in April. And in March, REI workers in a New York City store officially voted to unionize, making it the first organized REI store in the U.S.

These organizing efforts come on the heels of a pandemic that has tested the limits of many once-deemed “essential” retail employees. In many cases, retail unions are highlighting the need for support in customer facing roles as well as additional pay and benefits.

In general, people are more receptive to the movement. A Gallup poll from September 2021 showed that 68% of Americans approve of them, the highest rating since 1965.

“It’s a perfect storm,” said Jason Greer, a labor relations expert and consultant and former board agent with the NLRB, explaining how current economic and socio-economic conditions have set the stage for a widespread push for unions across retail.

On the wage front — which is traditionally cited as a central reason for union efforts — employees often highlight when employers fail to adjust for cost of living expenses. This gripe has become even more pronounced, as some retail wages fail to adjust for record-high levels of inflation over the last year.

Consumer prices rose by 8.3% in April compared to a year ago, according to the Bureau of Labor Statistics’ monthly report. This number was down from the 8.5% growth in March, which represented the highest inflation rate since the 12-month period ending in December 1981, but was up from the 7.9% in February.

This month, employees at a Christiansburg, Va. Target store filed for a union election with the National Labor Relations Board, largely stemming from the desire to have veteran employees receive an additional $2 of pay per hour.

Also bolstering this labor union push is an unprecedented amount of leverage on the side of the employee. A widespread labor shortage across retail and other industries via the “great resignation” has forced employers to focus more acutely on retention and employee satisfaction.

About 4.5 million people quit their jobs in March at a rate of 3%, according to data from the Bureau of Labor Statistics. This number represents a series high and an increase from January and February. On a seasonally adjusted basis, resignations in retail decreased by 13,000 from February 2022 and increased by 146,000 from March of 2021.

“Companies and organizations are so desperate to get people on board, to hire people,” Greer said.

But, he added, hiring staff is only half of the battle when it comes to employee retention and satisfaction.

“It’s not just about getting employees in the door, but it’s also how do we incentivize these employees, not just financially, but also in terms of treating them like human beings?” he added.