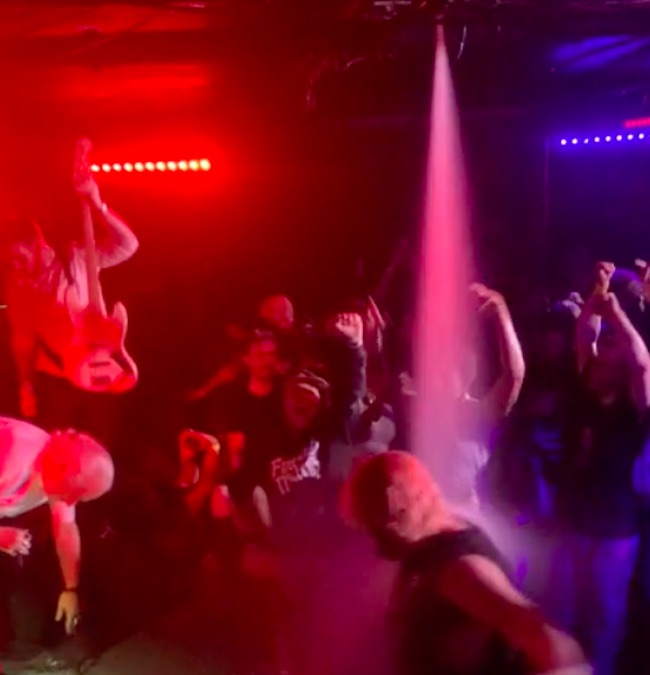 
Right now, Show Me The Body, Candy, and Regional Justice Center are on what looks like an absolute banger of an East Coast tour. On Tuesday night, the tour had an unpredictable start in Cambridge, Massachusetts. The three bands were scheduled to play the Middle East, the long-running club, but the show ended early. As New England Sounds reports, someone did a front-flip stagedive during Candy’s set and, in the process, kicked and ruptured a sprinkler irrigation pipe in the ceiling.

In videos from the show, you can see Candy still playing while water from the pipe sprays down on the club and some people intentionally running into the spray to soak themselves. (In a Reddit thread about the incident, someone says that “it smelled horrible.”) The fire department had to come to shut down the water, and the show ended before Show Me The Body could play. Last night, Stick To Your Guns and Stray From The Path were supposed to play the same venue. The show still happened, but it was moved to the Middle East’s upstairs room. The moral of the story is: Watch your feet when you’re stagediving!

I’m going to see this tour tomorrow night, and I can’t wait.