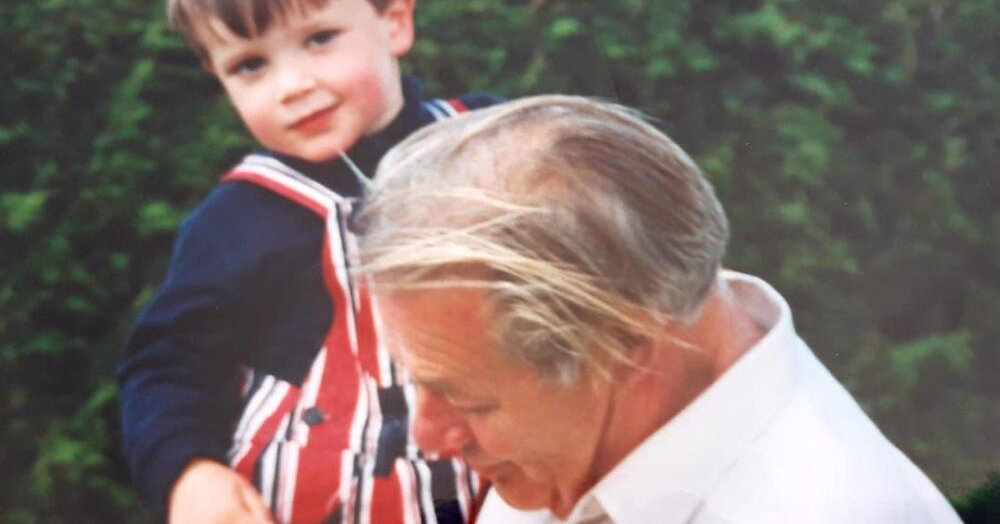 
As a teenager in the English town of Hexham, about 300 miles northwest of London, Jonny Garrett aspired to a way of life that probably seemed like sheer fantasy at the time.

“I’ve always known that I didn’t want to be in a corporate office building, having to potentially put a suit and tie on, having to commute into an office,” Mr. Garrett, 30, said in a phone interview from Cape Town (where, he said, he was barefoot and wearing a polo shirt and swimming trunks). “I always wanted to have a remote, digital nomad kind of lifestyle. The funny thing is — it’s just so weird — that the universe has sort of almost caught up with what I’ve been thinking about for the last 15 years of my life.”

Mr. Garrett achieved his goal with William Wood Watches, a line of quartz and automatic timepieces he introduced in 2017 and sells online. The brand has no headquarters; he is its sole full-time employee.

When he started the company, Mr. Garrett was working at Lloyds Banking Group in London, helping handle the accounts of blue-chip construction companies (and, yes, wearing a suit and tie). But then the brand began to grow: Sales between August 2020 and August 2021 were about 1 million pounds ($1.36 million), he said. So he left Lloyds in September and has been working remotely, in countries like Mexico and South Africa, from the hotels, hostels and rental accommodations where he stays.

The brand’s watches are assembled in Switzerland, mainland China and Hong Kong.

He hires freelancers for tasks like watch design, marketing and social media — and those colleagues work in cities like London, Newcastle, Cairo and Mumbai. “When the founder has a strong passion for travel, and can prove that you can run a significant business from anywhere in the world, why can’t the people that work with you” live almost anywhere, he said.

William Wood Watches is named after Mr. Garrett’s maternal grandfather, a firefighter who died in 2009 after working at what now is known as the Tyne and Wear Fire and Rescue Service, in a county about an hour’s drive east from where Mr. Garrett grew up.

As a result, its theme is firefighting: from the logo, an image of the brass Merryweather helmet that British firefighters wore from the late 1800s until the late 1930s, to the shade of fire engine red used on many of its items. The line ranges in price from 395 pounds ($535) for a streamlined 41-millimeter stainless steel quartz watch in the Chivalrous collection to £2,495 for a sporty Triumph collection chronograph with a glass-encased back that reads, “In case of fire break glass.”

Some parts are made from vintage gear, including brass from 1920s-era helmets, sourced from antiques dealers, that is turned into watch crowns. “I’d rather people be able to enjoy real, upcycled firefighting history on a wristwatch all around the world, than one of these helmets just collecting dust in a potential museum,” Mr. Garrett said.

There are accessories too, like travel watch rolls in bright red leather and straps made from retired rubber fire hoses. One percent of the brand’s sales is donated to fire-related charities; it donated more than £40,000 during its last fiscal year, which ended last month, according to Mr. Garrett.

In spite of its heavy use of firefighting motifs, observers say the brand’s aesthetic doesn’t feel forced or hokey. “They’ve struck a nice balance between playing off that theme, but not shoving it in your face,” said Nick Hall, editor in chief of Man of Many, a men’s lifestyle website based in Australia. “I think that’s really hard to do, and something that a lot of microbrands get wrong.”

William Wood Watches is about to participate in an unlikely collaboration: an Indian Scout motorcycle that is to be raffled, with all profits going to The Fire Fighters Charity, a British organization that was founded during World War II.

The basic bike would retail for £12,395, but this one has been customized by Saltire Motorcycles, a Scottish dealership, with bits of vintage fire hose on the handlebars and seat, ample use of the color red and watch crowns embedded into the caps on each wheel’s air valve. (Calum Murray, Saltire’s chief executive, came up with the idea of adding watch elements to a bike and told Saltire’s board chairman, who recently had bought a William Wood watch for one of his sons-in-law. Mr. Garrett and Mr. Murray, it seems, thought the charity project would be good for their companies.)

“Of all the custom jobs we’ve done,” Mr. Murray said, “this has been perhaps the most difficult.”

Customizing a motorcycle usually involves removing elements with hacksaws and grinders. This time, he said, “we’ve kept the bike as an authentic Indian motorcycle — rather than chopping bits off, we’ve been more challenged by adding things on in a finessed style.”

The lottery is to be announced officially later this month; 300 tickets, priced at £100 each, are scheduled to go on sale online in late April, and the winner is to be announced on May 4, International Firefighters’ Day. The prize package will include one of the brand’s timepieces and, if needed, motorcycle riding lessons.

Mr. Garrett also has more plans for the watch brand’s future, including turning a vintage fire engine into a traveling boutique. He said he has been looking at car auctions for the right vehicle, ideally from the 1950s or 1960s, and hopes to inaugurate it next year — followed in 2024, he hopes, by a retail shop and brand headquarters in a former firehouse somewhere in Britain. (He said he intended to continue working remotely, however, and would just visit occasionally.)

He had considered an 18th century building near London Bridge that once housed Southwark Fire Station, but that fell through last year.

“It’s harder than you’d think to find a derelict fire station which is within your requirements,” he said.

As the brand continues to expand, Mr. Garrett said, he is committed to keeping prices reasonable.

“A really strong value of mine is making sure that no matter where we go in the future, a firefighter, a first responder, a public service worker will always be able to afford one of our collections,” he said.

He also intends to continue selling directly to consumers rather than using retailers, at least for the time being. “If we can run a really successful, profitable business without having to go down that avenue,” he said, “I think, ‘Why not?’”