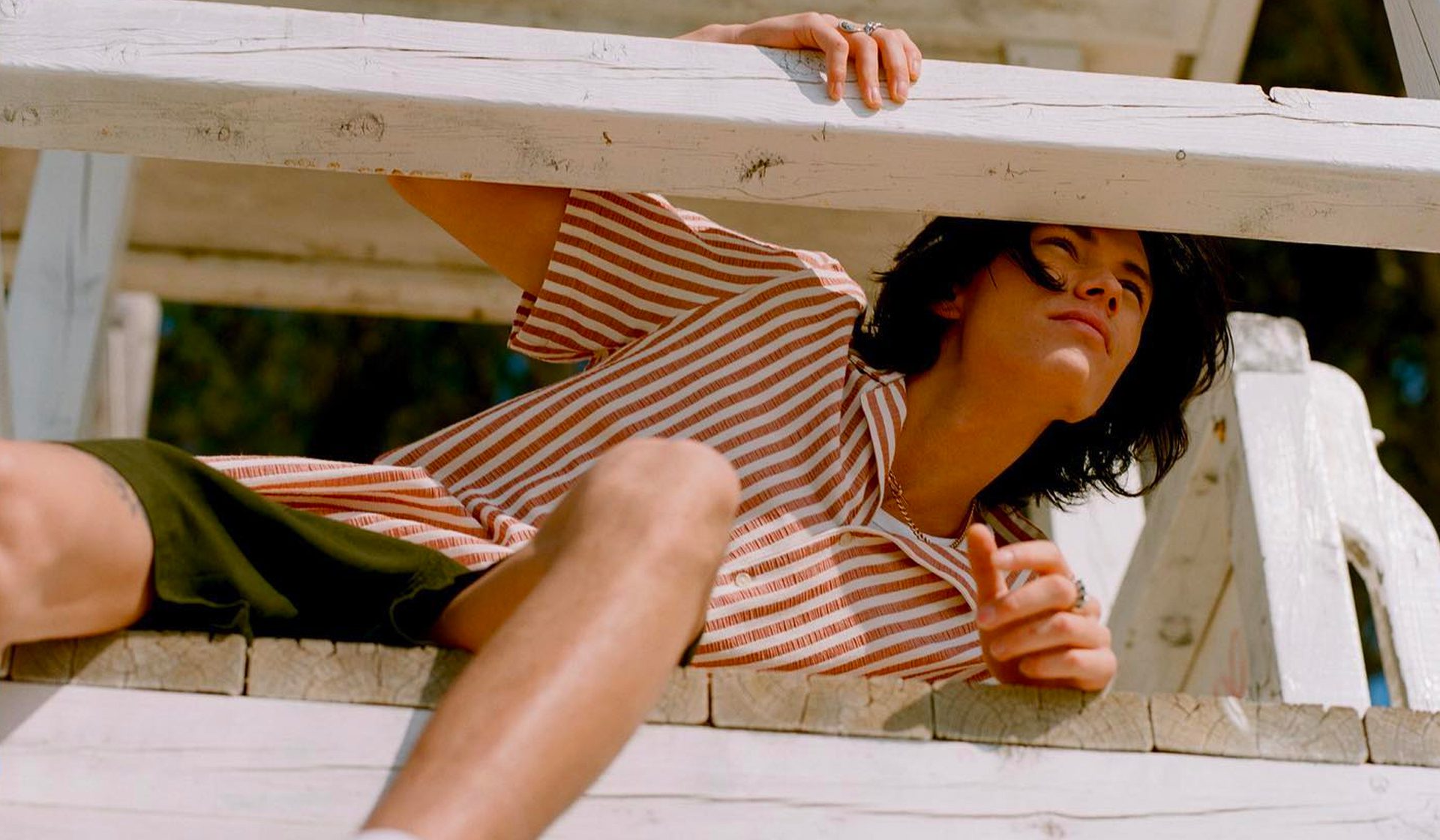 
As far as summer shirts go, printed or pattern versions aren’t strictly necessary. You could get by with simple, plain coloured Cuban collar versions or ultra-simple linen takes, both of which are easy to wear and guarantee top style points every year.

But for times when you want to make more of a statement, or if you just fancy adding a bit of colour to proceedings, patterns are where it’s at. There are of course more minimal motifs that are considered perennials (think stripes or embroidered designs), but for something louder, madras or Hawaiian shirts are ready to step up this season.

Regardless of what you’re looking for, these are the printed and patterned shirts worth adding to your warm-weather rotation.

Coming in many forms, from pencil stripe Oxford shirts through to oversized block stripes and everything in between, vertical striped shirts evoke warm evenings on the French Riviera. A time-tested pattern that is incredibly easy to wear, if you’re going to buy just one patterned shirt this season, the vertical stripe is your safest bet.

Fabrics to look out for include classic Oxford cotton and linen, with the latter only adding to the style’s summery feel while being altogether more lighter, breathable and comfortable in the heat.

An underrated style, the madras shirt has long been a preppy summer staple. A lightweight cotton fabric named after the former name of the city of Chennai, India, madras is typically hand woven with a checked pattern consisting of multiple differing colours.

The vegetable dyes traditionally used give madras cotton vibrant yet ‘flat’ appearance, ensuring that the colours never become garish or overbearing. Similarly to linen, madras cotton is known to wrinkle when worn, giving it a lived-in character that you should embrace if looking to incorporate this type of shirt into your own wardrobe.

For those who aren’t afraid of colour, a madras shirt will spice up a basic summer look, taking it from pedestrian to style statement in no time.

The floral shirt had its reputation tarnished throughout the 2000s thanks to a proliferation of uncool men who treated it as their ‘going out shirt’. Said shirts would be worn to nightclubs, paraded around on sticky dance floors and then tossed aside, seeing little light of day in between. They featured tiny floral patterns in garish colour palettes, and were more often than not cut in the style of a typical dress shirt, complete with stiff collar and cuffs and contrast buttons.

Of course, these aren’t the kind of floral shirts we’re advocating here. Instead, keep an eye out for more contemporary designs, whether in Cuban collar form or something long sleeved, and with patterns that are subtler and easy to wear.

Those with tonal and/or monochrome colour schemes are particularly versatile, transforming the floral shirt into less of a ‘statement’ and instead a more dashing alternative to classic checks and stripes.

The Hawaiian shirt is having a style renaissance of late. A variant of the floral shirt, the Hawaiian is a little more out-there and in your face, so if you’re looking to stand out, or just want to fully embrace the summer vibe, this could be the one for you.

First cropping up in Hawaii in the 1920s and 1930s, the shirts proved popular with tourists from mainland America, who’d buy them overseas and proudly wear them, partly as a way to jazz up their summer wardrobe and partly as a conspicuous display of wealth.

Three decades later the Hawaiian shirt was cemented in the menswear canon when Elvis wore one in Blue Hawaii, and today every brand worth its salt has turned to the style in some form or another. This wealth of choice means you can go as bold or subdued as you feel comfortable. Try a cherry blossom design set on a black background if you want something understated, or go all out with a vibrant, blue, red and pink tropical print.

Embroidered shirts are nothing new. But a whole host of brands, from young independent upstarts to global fashion houses, have turned to this under-appreciated shirt niche recently, making embroidered shirts a hot trend this season.

Whether you go for a style with an all-over embroidered print/scene, or a simple embroidered logo/script, this shirt style will add plenty of individuality to your summer outfits. The best styles we’ve seen are cut in a boxy Cuban collar shape with vibrant, colourful stitching.

For those who traditionally shy away from pattern or colour, geometric print shirts are a good entry point. Availability in a wide range of designs, from repeating triangles and squares to more elaborate geo prints, these shirts are typically found in tonal colours, making them markedly easier to wear.

For example, try a tonal blue geometric print shirt above navy chinos and minimal white sneakers for an everyday summer look that will still turn heads.