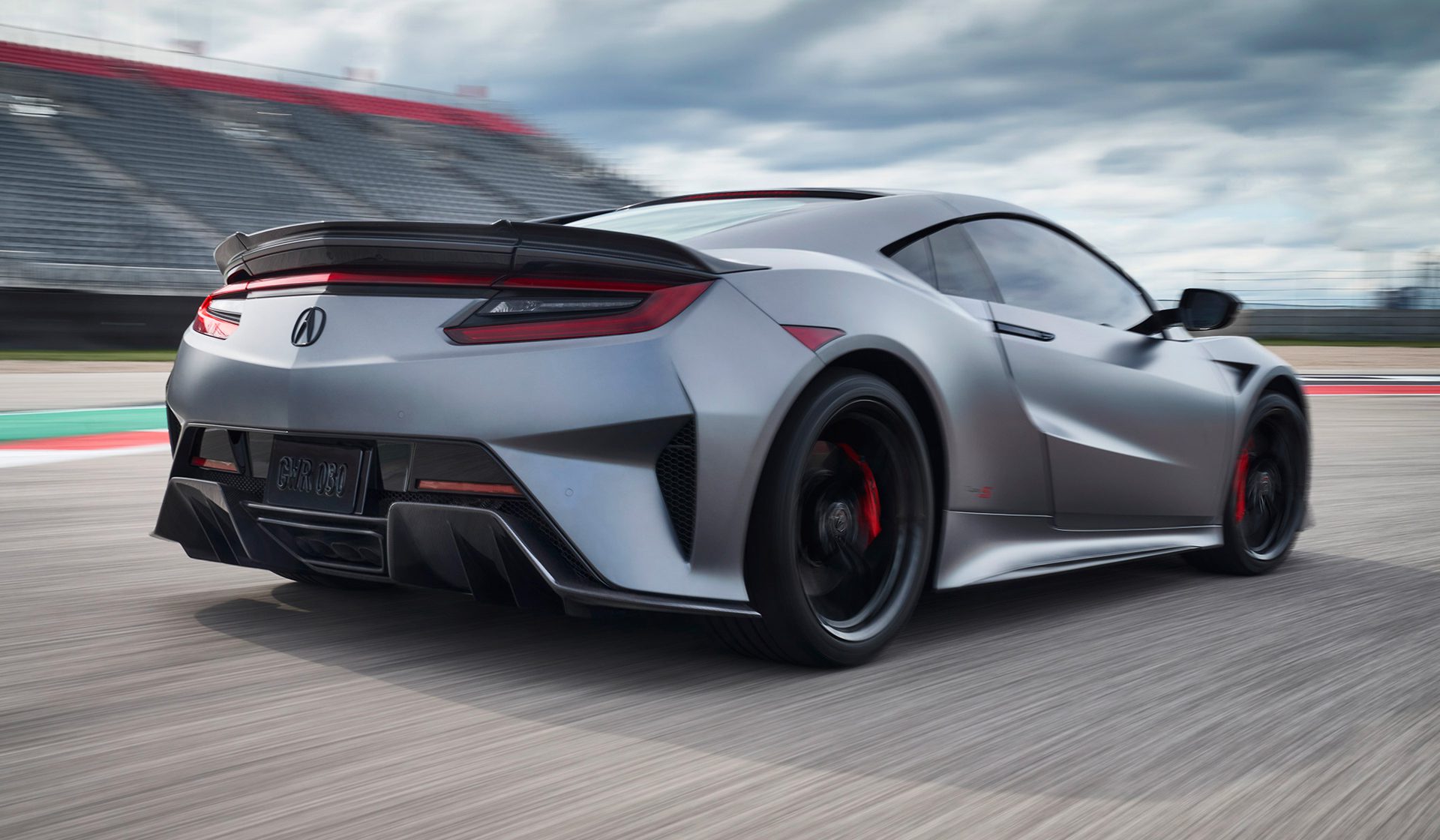 
There’s little doubt that electric cars are the future, but while the transition is inevitable the speed of uptake isn’t evenly spread across the global market, which means we are seeing more diversity than ever before across different territories. With the Europe’s tough emissions laws for combustion-engined vehicles, more and more manufacturers are keeping their sportier offerings off the table for Europeans.

These include reboots of Japanese icons, a fascinating new hot hatchback – usually the remit of European manufacturers – and a couple of V8-powered saloons. But above all, each is the result of passionate development teams that are just as enthusiastic about engineering these exciting new performance cars as we are to drive them.

Unfortunately many of us will never get the chance, because these uber-cool performance cars will never be sold in Europe…

One of the most high-profile performance car launches this year, the new Nissan Z has not been homologated for European markets, making it very unlikely that we’ll see this striking new sports car here anytime soon. And what a shame that is. With a part-retro, part-modernist design that takes cues from Nissan’s illustrious Z lineage and a 400bhp twin-turbo V6 engine, it’s a desirable combination that’s already proven to be very popular in the USA and its home market of Japan.

Even more frustratingly, it’s very aggressively priced, costing less than Toyota’s rival GR Supra, and if you’re not into the chartreuse yellow launch colour, there’s a fabulous Rosewood metallic paint option that references the iconic Gran Prix Maroon that featured way back on the 1969 original.

Why won’t it come to Europe? Put simply: emissions. But there’s also the fact that its underlying structure is perhaps a little older than Nissan is letting on, making Europe’s latest safety laws another hurdle to leap.

Where the Nissan Z above is a reboot of an icon, the NSX Type S is a sad farewell to the current generation of Honda’s forward-thinking supercar, which was the first to combine electric motors and a mid-engined petrol engine almost a decade before any mainstream rivals.

To give it the send off it deserves, Honda has launched the subtly restyled Type S model in Japan and the USA (the latter as an Acura), with a few chassis and powertrain tweaks being applied along the way.

What’s next for the NSX? Well, Honda’s now leaned right into its electric future, promising not one but two electric sports cars that it’s hoping to turn into the next NSX, as well as an open-top S2000 roadster. With a pioneering spirit, and the expertise to pull it off, these are two of the most exciting new electric sports cars in development, but for now anyone in Europe wanting to get their hands on the last of Honda’s hybrid supercar will have to go without.

Even if you’re not up to date with the latest car news, you’ll probably have noticed that Toyota’s reputation of building solid but ultimately dull commuter cars has been turned on its head of late, specifically under the Gazoo Racing banner. Here in Europe, that manifests itself in the GR86 coupe, GR Supra and fabulous GR Yaris, but in other markets, it’s the Corolla that’s been given the GR transformation.

So while the Corolla might be more commonly associated as the Uber driver’s wheels of choice, in America, Japan and Australia the GR Corolla comes with an even more powerful version of the Yaris’ competition-derived three-cylinder engine, as well as an all-wheel drive system and its own unique triple-outlet exhaust system.

Even better, it looks seriously aggressive, making it a perfect Uber ‘Sport’ model to get you home from work in the fastest time possible. Annoyingly, Toyota won’t bring it over to Europe, citing that their line-up of three is ‘enough’. We’d beg to differ…

It’s not unusual for American manufacturers to offer fascinating high-performance offerings in their home market, but few come more highly rated (or highly strung) as the new Cadillac CT5-V Blackwing. Cadillac’s been working on improving its image for years now with a range of high-performance ‘V’ models, but few have been taken to more of an extreme than the CT5-V Blackwing.

It’s about the size of a BMW 4-series Gran Coupe, but rather than dealing with a boring six-cylinder engine, it shares a supercharged V8 with the most potent General Motors muscle cars. The best bit is that it’s not connected to a lazy automatic transmission and soft suspension, but a taught, responsive and hugely entertaining chassis and six-speed manual.

Why won’t it come to Europe? Well, after a couple of false starts to launch the American luxury brand into the EU, parent company General Motors has pretty much given up on a reboot for the foreseeable future, making this CT5-V Blackwing the most forbidden of forbidden fruit.

Like the Cadillac above, the Lexus IS500 F Sport is an American-market-only sports saloon, only this time with a Japanese flavour. It might lack the firepower of the Caddy, but fights back with one of the world’s best V8 engines that does without turbochargers or a supercharger, but instead comes with acoustics designed by Yamaha. Even better, it’s attractive new body, superbly constructed interior and bespoke chassis setup means it’ll likely be just as great to drive.

Unfortunately, Lexus is capitalising on its hybrid reputation in Europe, making not just the IS500 unavailable on this side of the world, but the whole range. Fortunately, Lexus does still offer the RC-F – a slightly older, but inherently very similar two-door version of the same car. However, a V8 always feels just that little bit more special when attached to something with four, rather than two, doors.