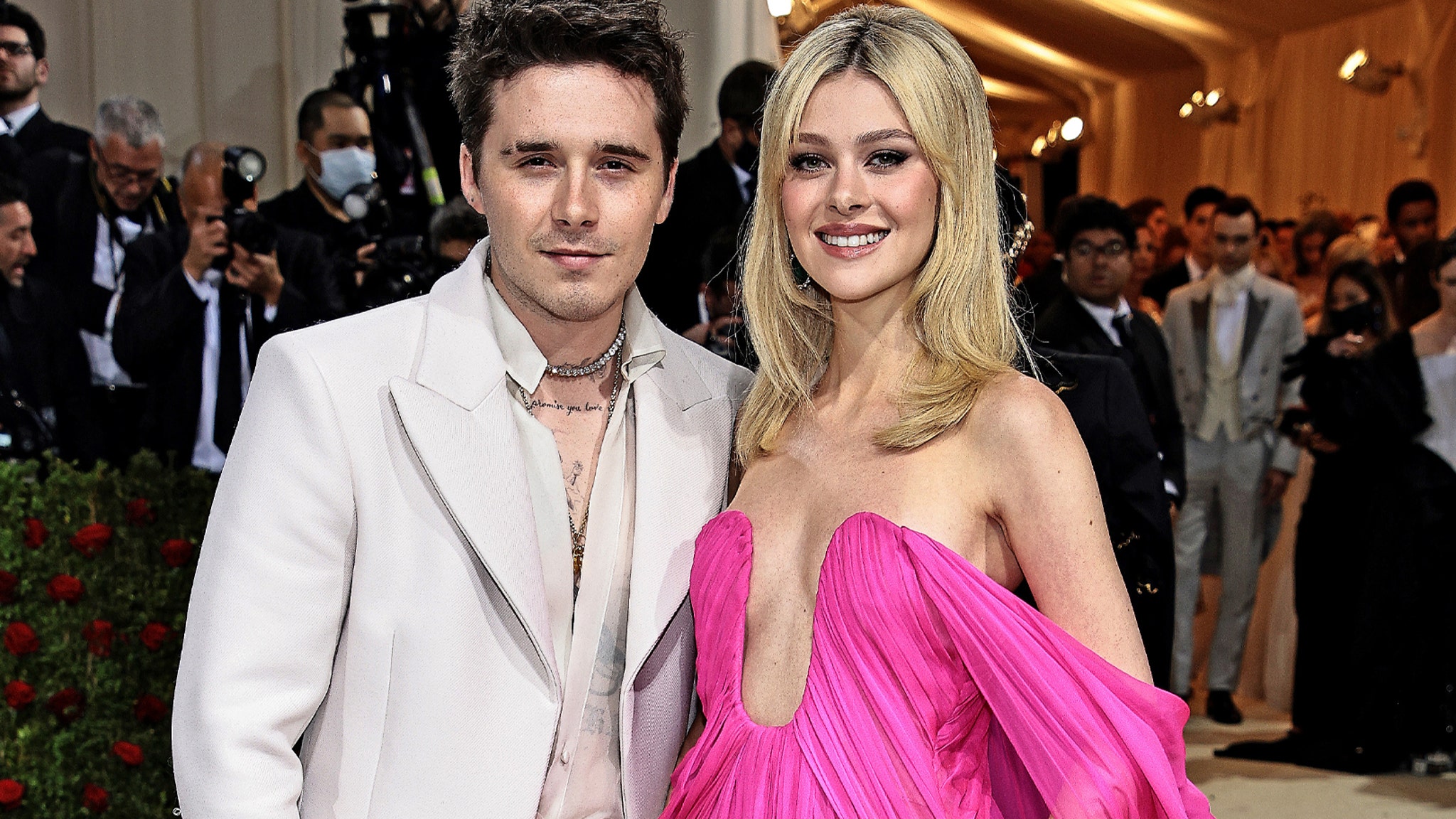 “Our families have known each other since we were babies!”

It seems like just yesterday that some of Hollywood’s biggest celebs of the 90s and early 2000s were welcoming their first children — and now those little bundles of joy are all grown up! After being raised in the spotlight, this new generation of stars-on-the-rise are making headlines themselves: for their films, music…and because they’re dating each other!

As of late, there’s been more than a few famous offspring that have been romantically linked. From Iris Apatow to Lily Collins, these teens and twenty-somethings have found love with partners who share a similarly famous lineage. And while growing up with A-list parents was probably a pretty unique experience, it only makes sense that they would want to date someone they can totally relate with!

12 Celebs Who Don’t Have Help Raising Their Kids

Rainey Qualley and Lewis Pullman may both have famous parents but now they’re making their own mark in entertainment. Rainey, the daughter of Andie MacDowell and her ex-husband Paul Qualley, is a musician on the rise, while Lewis is the actor son of Bill Pullman and Tamara Hurwitz. The couple has been dating since September 2020 and recently made their red carpet debut at the premiere of Lewis’ film “Top Gun Maverick.”

“My heart is so full for Lew! Such a special day getting to watch my baby shine so bright at the premier of Top Gun Maverick yesterday. In theatre’s everywhere May 22nd and I can’t wait for y’all to fall in love with [his character] Bob,” Rainey wrote on Instagram.

Frances Bean Cobain, the daughter of Courtney Love and the late Kurt Cobain, recently returned to Instagram after a year-long hiatus with some relationship news. In a post documenting her favorite moments from her time away from social media, she revealed she was dating skateboarder Tony Hawk’s son Riley Hawk.

“2021 brought me more into the present moment than I’ve ever been, which I’m deeply grateful for. I wanted to share a few moments that were captured / created this past year that brought me a great amount of joy,” Frances captioned a slideshow of photos that included Riley.

Here’s How These Celebs Knew They Were With ‘The One’

Iris Apatow, the daughter of Leslie Mann and Judd Apatow, and Ryder Robinson, the son of Kate Hudson and Chris Robinson, went public with their relationship in early 2020 after dating for almost a year. In a Valentine’s Day post, the teens shared a cute photo where Ryder could be seen giving Iris a kiss on the cheek. And based on their parents’ sweet comments on the post, they totally approve.

“Our families have known each other since we were babies. I’ve always gone to school with him and I just didn’t really pay him any mind…He’s an angel. We definitely fell towards each other’s lives at a good moment. He’s very wonderful and I think I’m very lucky to have someone who cares about me like him,” Iris told ET.

Grace Gummer, the daughter of Meryl Streep and Don Gummer, quietly dated Mark Ronson, the son of former music manager Laurence Ronson and socialite Ann Dexter-Jones, for several months before they got engaged in June 2021. Then, just three months later, the couple made things official when they walked down the aisle together.

“To my truest love…out of nowhere, you made 45 hands down the greatest year of my life. And i’m sure it took me 45 years to become the man worthy of your love. I hope I spend every one of these birthdays by your side til my last day. And beyond,” Mark wrote.

The Most Extravagant Gifts Celebs Have Given Their Moms

Musician Phil Collins’ daughter Lily was first linked with Charlie McDowell, the son of Mary Steenburgen and ex Malcolm McDowell, back in 2019. They made things Instagram official later that year and got engaged after a little over a year of dating. In September 2021, the couple officially tied the knot in a ceremony that Charlie’s mother Mary called a “dream”

“Charlie, my son, and Lily, my daughter-in-law!!! Thank you for letting us all bask in the sheer beauty of your love for each other. My heart is overflowing and it almost feels like the last few days were some sort of beautiful dream. But it is all real, and I feel like the luckiest mother in the world,” Mary wrote on Instagram.

In 2021, Eddie Murphy’s son Eric and Martin Lawrence’s daughter Jasmine revealed that they were dating. While it’s not known just how the couple met, their families have been friends for years. Eddie and Martin even starred in numerous films together including 1992’s “Boomerang” and the 1999 movie “Life.” In an Instagram post on Eric’s birthday, Jasmin dedicated a sweet message to her boyfriend.

“I’m so incredibly blessed to know you, to love you, and to have you by my side. Cheers to many more blessings, laughs, and beautiful memories! I love you so much!!” Jasmin wrote.

Maya Hawke, the daughter of Ethan Hawke and Uma Thurman, was first spotted with Tom Sturridge, the son of director Charles Sturridge and actress Phoebe Nicholls, in 2020. Following their first outing in the Hamptons, the couple were spotted out on several other occasions, although they kept their relationship relatively private. While the couple never announced their split, they were last spotted together in December 2021.

Back in 2014, Sean Penn and Robin Wright’s daughter Dylan was linked with Steven R. McQueen, the grandson of late screen legend Steve McQueen. The couple was first spotted together while having dinner with Dylan’s father after the premiere of his film “The Secret Life of Walter Mitty.” Dylan and Steven only dated for about two months before calling it quits, reportedly because things “fizzled out.”

10 Celebs Who Have Gotten Very Real About Their IVF Journey

Miley Cyrus may be a star in her own right, but at one point she was simply Billy Ray Cyrus’ daughter. And in late 2014, she dated fellow celebrity offspring Patrick Schwarzenegger, the son of Arnold Schwarzenegger and Maria Shriver. The couple dated for about five months before splitting in 2015, which sources said was because they were in “two different places in their lives,” with Patrick focused on college and Miley busy with her career.

In 2019, Victoria and David Beckham’s son Brooklyn began dating Nicola Peltz, the daughter of billionaire Nelson Peltz and model Claudia Heffner. Things got serious fast for the duo, who made things Instagram official a few months later and then got engaged in July 2020. The couple tied the knot in April 2022, which their parents couldn’t have been more supportive about.

“[Nicola] is just wonderful. She’s sweet, she’s kind, she’s such a lovely, warm, wonderful, wonderful woman. We couldn’t have asked for Brooklyn to meet a more adorable, lovely lady. We are very happy. We love her. He’s so happy,” Victoria said on the talk show, “Lorraine.”