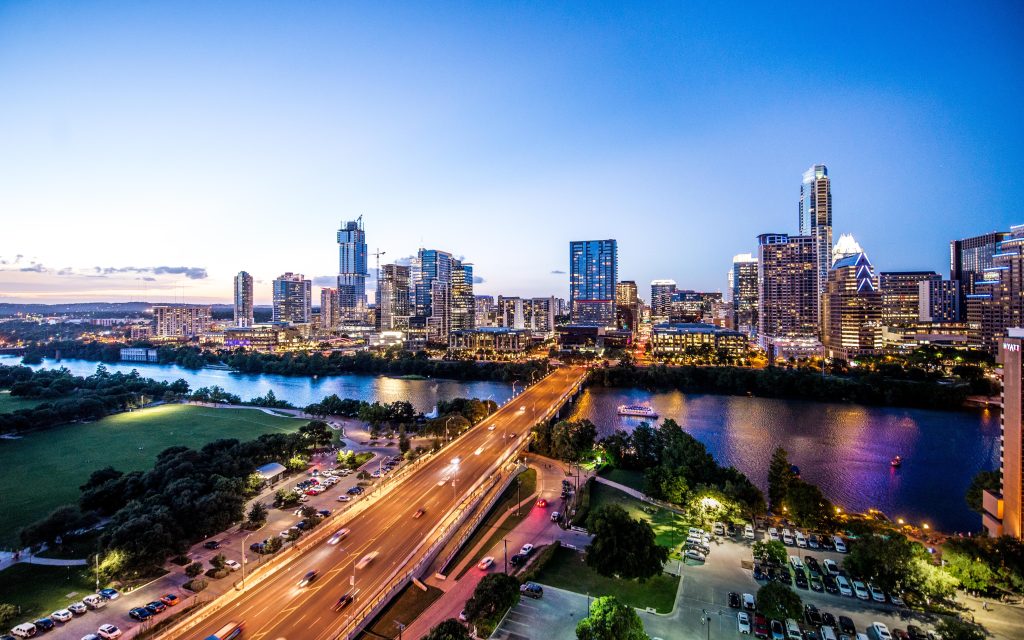 
February is over and thousands of entrepreneurs, creatives, artists, marketers, journalists, and tech enthusiasts are getting ready to converge in Austin for what promises to be one of the biggest events of 2022: South by Southwest (SXSW).

Set to start on March 11th, SXSW has quickly become one of the bastions of the creative, tech, and music industry ever since being founded in 1987 when it started as an event with only 700 attendees on opening day. After gathering over 400k attendees in 2019, the height of the COVID19 pandemic forced the event organizers to cancel the 2020 edition and to run the 2021 edition virtually.

With 65% of all Americans fully vaccinated and the world returning to normality, Austin is now ready to receive attendees once again to the first in-person edition of SXSW since the start of the pandemic. While the city is still at Stage 3 of its COVID-19 Risk-Based Guidelines, the organizers and local government are positive about the upcoming conference, with Austin Public Health’s Interim Authority Dr. Mark Escott saying:

“I’m very confident that SXSW will look normal, or near-normal next year.”

If you are thinking about joining the party, you should start planning your itinerary to be sure you don’t miss the action. We have compiled a list of 10 tech talks that will be taking place during SXSW you won’t want to miss.

Remember that Grit Daily House, an accredited media partner to SXSW, will be hosting talks featuring start speakers spanning multiple industries. Four blocks from the Convention Center, you won’t want to miss the chance to join us!

When Satoshi Nakamoto published the whitepaper for Bitcoin back in 2008, no one would have imagined that cryptocurrencies would take the world by storm less than 10 years later. Now, even central banks are taking a page out of Bitcoin’s book as they race to develop their Central Bank Digital Currencies (CBDCs).

Tushar Nadkarni, Chief Growth & Product Officer at Celsius Network, will share his vision on the digital future of money, the latest trends, and how the transition will impact businesses and people around the world. Having worked for financial companies like Goldman Sachs, McKinsey & Company, and PayPal, as well as his current role helping shape one of the biggest fintech platforms in the crypto space, few people are more qualified to predict the future of money.

Hosted by Grit Daily House, this talk will take place on Thursday, March 10 at 1:00 PM.

Gaming and cryptocurrency have become increasingly relevant over the past year as talks about the upcoming metaverse continue to dominate tech media. With women starting to play an increasingly relevant role in both industries, 2022 is expected to be a pivotal year for gender equality in the blockchain gaming ecosystem.

Tal Bentov, VP of Lending and former Senior Director of Lending Operations at Celsius Network, is known in the crypto space as “The loan queen”. As one of the most successful women in the crypto space with years of experience under her belt, she will be providing attendees with important insights on the role women will play in the growth of gaming and crypto this year.

Hosted by Grit Daily House, this talk will take place on Thursday, March 10 at 3:15 PM.

Web3 was one of the hottest topics in and out of the blockchain space in 2021. Promising to be the next stage in the evolution of the internet, the popularity of Web3 has resulted in Silicon Valley giants struggling to retain top talent. With even the inventor of the internet, Sir Bernes Lee, joining the efforts to create a decentralized internet that brings control back to users, web3 is supposed to be the future.

Entrepreneur, Investor, and Chief Strategy Officer at Linqto Karim Nurani has a unique perspective of what Web3 is and what its effects will be in the tech world, especially when it comes to entrepreneurship. Having invested in some of the world’s biggest startups and unicorns across multiple industries, Karim has established himself as a visionary with an eye for what the future will be like.

Hosted by Grit Daily House, this talk will take place on Friday, March 11th at 11:00 AM.

How NFTs Can Move Beyond Arts and Entertainment – Karim Nuran

Coverage of NFTs might have slowed down but the craze is still going in the crypto space with over $2 billion in sales over the past month, according to NonFungible. While NFTs have been mainly used by the arts and entertainment industries to satisfy the demand for collectibles, the potential of the technology is far greater.

With his experience spanning across industries, it is not a surprise that Karim Nuran believes there is much more to NFTs than meets the eye. Karim, who is also an Advisor for several blockchain-related startups like Andra Capital, will take the stage once again to discuss what the potential use cases on NFTs are.

Hosted by Grit Daily House, this talk will take place on Friday, March 11th at 4:30 PM.

The Next Level: How Video Games Help You Succeed – Reggie Fils-Aimé

Gaming has been one of the major drivers behind crypto and technological development over the past years, especially when it comes to the metaverse. With games like World Of Warcraft, Second Life, Roblox, Eve Online, Minecraft, and Final Fantasy XIV being considered precursors to the metaverse, the gaming ecosystem is worth looking for to know what to expect.

When it comes to gaming, Reggie Fils-Aimé is one of the most well-known games in the history of the space.  As the former president and chief operating officer (COO) of Nintendo of America, Reggie has played a major role in the success and growth of gaming and esports in the west ever since 2004.

In this featured keynote, the American businessman will be talking about the role he expects gaming to play in the adoption and development of technologies like Web3 and the Metaverse. In an interview with SXSW, Reggie said about the role of video games in the tech industry:

“Video games have been the most experimental and most provocative form of entertainment — AR, VR, games as a form of exercise — and I fully expect that to continue. I think the pace of innovation in the space is unparalleled. The challenge of a leader is to create new targets, set new bars, and to reframe what success looks like.”

Hosted by SXSW, this keynote will take place on Friday, March 12th at 1:00 PM at Ballroom D.

Can You Actually Change Big Tech From Within? – Various

With Big Tech becoming one of the most important factors in everyday life for individuals and governments, it is not surprising that all eyes are set on it. The debate of regulating or not regulating Big Tech has been a matter of controversy, with many believing that change must come from within… But is this possible?

Senior Director, Ethical And Humane Use Of Technology At Salesforce, to discuss the matter. Moderated by Google engineer and Stanford Professor Mehran Sahami, we expect this panel to be full of provocative questions and interesting insights.

Hosted by SXSW, this panel will take place on Friday, March 11th at 10:00 AM at Hilton Austin Downtown’s Salon K.

It is not a secret that as the world has become more connected through the internet and other technologies, it has become more difficult to know which information to trust. With polarization, informational warfare, misinformation, and centralization, people around the world are at a crossroads never seen before.

The recent COVID19 pandemic and the situation in Ukraine are just some examples of how this issue can affect democracy, human rights, and public health. European Commission Executive Vice President Margrethe Vestager, one of the most respected leaders and experts in democratic digital governance, will be taking the stage to discuss the topic at a critical time.

While women have started gaining increasing relevance in the world of tech, there is still a long way to go until equality is reached. Studies show that not only are women still underrepresented in tech leadership but they also have a worse experience at all levels. With most experts agreeing that closing the gender gap can be beneficial for any organization, it would seem the time to act is now.

This panel will see Julie Ferland, VP Innovation Excellence at Shell; Van Truskett, Executive Director at The Texas Innovation Center; and Anna Jarman, Lead Innovation and Emerging Technology at Walmart, engage in an honest discussion moderated by Katie Mehnert, Chief Executive Officer and Founder at ALLY Energy to discuss this topic. If you are interested in knowing more about the unique role that women can play in the world of tech, this is the panel for you.

Hosted by Shell House, this panel will take place on Saturday, March 14th at 9:30 AM at Antone’s.

The Commercial Space Age Is Here

This decade promises to be one of the most important in the history of space exploration, with the James Webb Space Telescope being one of the most recent events. While NASA has long led these efforts, private companies like SpaceX, Sierra Nevada, Blue Origin, and many more have made important contributions over the past years.

Hosted by Houston House, this panel will take place on Saturday, March 14thth at 1:00 PM at The LINE Hotel’s Onyx Ballroom.